When a Dog Licks Its Ass and then Kisses Your Face

My girlfriend has a cute little dog with a big nasty habit. He likes to lick his butthole and then he tries to lick your face. I learned fairly quickly to rebuff his advances. I’ve often wondered why dogs are so eager to go down on themselves. They will lick and slobber all over their genitalia and poop chutes like the world is ending. Then they try desperately to make out with you. They know that it’s disgusting. They are just trying to prove to you that they are really in charge. They are in control. They have the power. That’s why they lick your face with a contaminated tongue. Nobody likes it when a dog licks its ass and then kisses your face. At least I hope that’s the case. I’m sure some people are into that sort of thing. If you fall into that category, please stay away from me and any dogs that I am affiliated with. And stay five hundred yards away from any pet store.

A toilet brush is a device that you use to scrub dirty toilets. It gets rid of shit stains and that nasty ring of filth that accumulates around the water line. Everyone poops but you don’t want to see the physical evidence of it. That’s why you flush the toilet (well, that and for hygiene). I poop twice a day on average, once in the morning and again when I come home from work or wherever. If it’s a particularly nasty shit, I feel compelled to break out the toilet brush and clean up a little bit. I’m not trying to impress anyone, I’m trying to keep others from being disgusted. I’m considerate like that I guess. I’m writing about toilet brushes because I bought a new one today. Pretty exciting, I know. It only cost two bucks at the store. I think that’s a good price, but I don’t really know the average retail price for toilet brushes. I was willing to pay five bucks for one. Two bucks was a steal. I think I’ll give out toilet brushes as stocking stuffers for Christmas this year. They are a cheap yet practical gift. I’ve thought about this too much. I’m going to go drink beer now.

Sometimes the most routine parts of your day are the most satisfying like the first cup of coffee, taking your shoes off after a long shift, and having an hour to catch up on Netflix. But nothing compares to a nice welcome home shit. A welcome home shit is the first shit you take when you come home. You’ve been holding in that Chipotle since lunchtime and your stomach is not happy with you. You know you should have used the toilet before you left work, but you hate public bathrooms. The commute home took longer than it should and the first thing you do when you open your front door is run straight to the bathroom. You put the lid up and the seat down, spin around, drop your pants, and defecate gloriously for the next few minutes. Afterward you can’t help but admire your handiwork before you give it a goodbye flush. You feel great. You feel relieved. You feel five pounds lighter. Now don’t forget to wash your hands.

So I was just pooping (that’s something that I do at least once a day, maybe twice or more) and it dawned on me that no matter what I eat there’s always a peanut in my shit. Granted, I don’t study my stool on a regular basis, but I always notice a peanut when I glance at my bowel movement. Maybe it’s not a peanut, maybe it just looks like one, but I’m not going to go to great lengths to determine if it’s really a peanut or not. I’ll just assume that it’s a peanut so that I can joke about how there’s always a peanut.

A double shit is when you take a shit and think you’re depleted, so you wipe your ass and flush and wash your hands, but then you realize that you still have to shit, so then you shit again. It usually happens in the morning after a big meal, but it’s been known to happen at any time throughout the day. The more you eat fast food, the more likely you are to experience double shits. Scientists are baffled as to why. Your only defense is to take fiber and try to stay regular.

Dogs are a lot of fun. They make great companions. They love to play, they show affection, and they offer comfort and support when you need it the most. But you have to clean up after them and I’m personally not a big fan of picking up dog shit. If you walk your dog in a public place, you’re supposed to pick up their poop with a little plastic bag. The bag keeps your hands clean, but you can still feel the warmth and texture of the feces in your palm and that’s usually enough to make you gag. And your dog watches you scoop it up with a smirk on his face because he knows that you’re the bitch and he’s the master. It’s hard to feel good about yourself when you have a handful of dog shit. 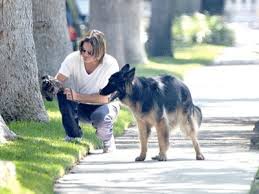 If It’s Yellow, Let It Mellow

I’m staying on a couch at the moment and had to take a piss at three in the morning, but I didn’t want to wake anybody up. I tiptoed down the hall, I slowly opened the door, quietly turned the knob, and aimed for the side of the bowl to avoid making noise. Then I stood there for about five minutes deciding whether or not to flush the toilet. If I flushed it, then all my attempts at stealth would go down the drain. If I left it, they might think that I’m a rude houseguest. I didn’t know what to do until I remembered the old adage: If it’s yellow, let it mellow. If it’s brown, flush it down. There are other variants like If it’s pee, let it be, but the message is the same: urine can stay in the bowl, but you gotta flush the shit. So I didn’t flush, and if they were wondering why not, that’s why. They didn’t wake up though, so I regret nothing.

Tagged as flush it down, if it's brown, if it's yellow, let it mellow, pee, poo, shit, toilet, urine

At Least Pretend to Wash Your Hands

I was using the urinal in the men’s room the other day when I heard a toilet flush, and I saw a guy come out of the stall adjusting his belt. He had clearly just taken a shit. He walked over to the bathroom mirror, checked his hair, and walked out of the bathroom without washing his hands. My mind was blown. You should always wash your hands after you use a public bathroom. Especially if there are other people in the bathroom. At least pretend to wash your hands. You want other people to think that you are normal, right? Normal people don’t walk around with poopy hands, and even if they did, they wouldn’t advertise it. You’re supposed to wash your hands, or at the very least have other people think that you did. That’s how the world works.

I woke up this morning and took a nice, leisurely poop. That’s right, I took a shit and I took my time with it. I was in no rush. I sat on the pot and emptied my bowels for a good ten minutes. And then I stood up a few pounds lighter, wiped my ass, and flushed the toilet. And instantly started panicking because the water started to rise. No zombie or movie monster will ever equal the amount of dread that a clogged toilet provides. You start to see the rising muddy poo water reaching the edge of the bowl and you have to fight the instinct to push it down with your bare hands. Plungers are useless when the water starts to rise. All you can do is curse and swear and pray that it doesn’t overflow and create a fecal flood in the bathroom. You’ll be fine as long as the toilet water doesn’t spill over, but your social life can end with one unfortunate flush. So be cautious where and when you defecate, and try to avoid broken and clogged toilets.

Shit is everywhere. It gets around. Everyday you have to worry about stepping in dog shit and getting shit on your finger when you wipe. You’re so preoccupied with shit on the ground or the toilet seat that you completely forget about getting shit on from above. That’s why bird shit is so deadly; an aerial bombardment of avian fecal matter can happen unexpectedly and ruin your day. It will get in your hair, splash on your face, land in your drink… getting shat on is a terrible feeling. But it’s a tremendous feeling when is happens to someone else. You’ll try to sympathize but you’re laughing too hard for them to believe you. Bird shit is commonly found on statues, parked cars, and recently cleaned windows. If you haven’t been bird shat on yet, you’re due and it’s gonna be a big one. Keep a wet nap handy.

Turning on the Faucet When You’re Taking a Shit

You ate some bad seafood and it’s not agreeing with your stomach. You run down the hall to the bathroom and make it just before your bowels erupt. You’re a little embarrassed because it’s coming out fast and it’s coming out furious. You turn on the sink to try to drown out the noise. It masks the sound slightly, but turning on the faucet when you’re taking a shit is unnecessary. Everyone already knows that you’re pooping. The sound of running water isn’t fooling anyone and it doesn’t do anything to hide the stench. It just gives you a little piece of mind and makes you less self-conscious about your bowel movements. It also reminds you to wash your hands when you finish.

Tagged as bathroom, faucet, poo, shit, shitting, sink, sound of running water, turning on the faucet when you're taking a shit, water

Using the Bathroom After Someone Takes a Shit

You drank a little bit too much water earlier and your bladder is demanding your attention, so you run down the hall to the bathroom but the door is locked. Now you have wait and as you’re doing your don’t-pee dance you start to realize that whoever is in the bathroom has been in there too long for it to be number one. You know you’re fucked when the door finally opens and the culprit shuffles out and makes eye contact with a sheepish grin. As soon as you go in, the stench wraps around you like a moldy blanket. You try to hold your breath and using your shirt as a filter, but nothing helps. Damn it, why are bathrooms so small? I know that people take shits in bathrooms, that’s why we have them. Using the bathroom after someone takes a shit is like farting in a bag and holding it over your head. You just can’t escape the stink.

If you spend enough time walking around, you’ll eventually step in a pile of poop. There’s no avoiding it, it’s going to happen to you. Stepping is shit is not a big deal. Hopefully, you’ll notice the feeling of feces on your feet before you track it everywhere. You’ll try to scrape off most of it with a stick and you move on with your life. You’d prefer to have stepped in dog shit, but sometimes you’ll step in people poo. That’s the worst feeling in the world. Especially if you’re barefoot.