There are lots of types of lanterns out there, but this post is about camping lanterns. A camping lantern is portable light source used for illuminating dark campgrounds. You’ll find them mostly used by campers or by old farmers investigating spooky noises at night. I have a few lanterns that I’ve accumulated over the years. I have a Coleman one that runs on propane. I have another one that uses batteries. And I have another one that is solar powered (it only works in the day time though). A camping lantern is pretty useful for camping. After all, that’s what it’s for. It spreads the light more than a flashlight so it’s better for playing cards, cooking, or just providing comfort at the campsite. Don’t believe me? Ask my roommate. He went camping a few days ago and forgot to take a lantern. He said it sucked. He said he wish he had a lantern. He also forgot to take a flashlight. He had to sit in the dark and think about how nice it would be to have a lantern. He had to rely on the firelight and moonlight like a hobo. He learned his lesson. The next time he goes camping, he’s going to bring a lantern.
Critically Rated at 13/17 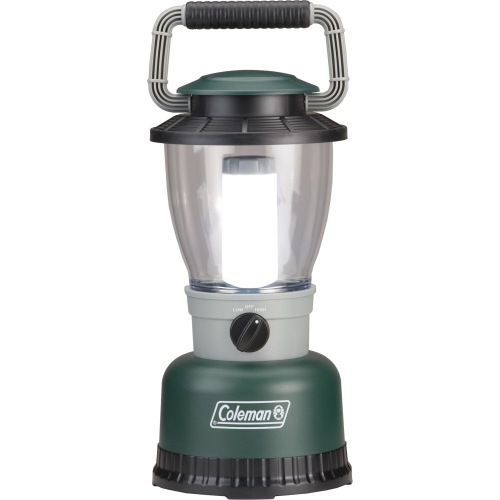 I went camping in Yosemite a week ago. It was a short trip, only three days and two nights in one of the most amazing places on Earth, but it was well worth it. I came back with dirt on my face and the lingering aroma of campfire on my clothes. It smelled smoky, musty, and real. I love that campfire smell. It’s a noseful of happy memories that cling to your clothes and hair. It’s very distinct and powerful. It’s not an odor for everyone. Some people hate that campfire smell. Those people are usually bitter and should leave the great outdoors for people who actually appreciate it. I don’t want to smell like campfire all the time. I want to smell like that when I’m camping or when I just came back from camping. Occasionally I will have a bonfire on the beach and go the bars after, sporting the campfire smell like a badge of honor. I’m not ashamed of reeking like a campfire. If I smell like a campfire, that means I was around a campfire. And I’d rather bask in the glow of a campfire than the glow of a TV. I’d rather live than merely exist I guess. 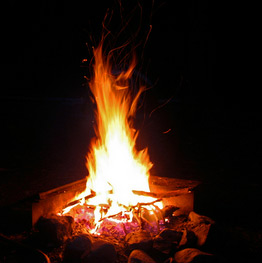 I’m going camping in Yosemite for a few days with a couple of friends. I can’t wait to escape the city and get back to nature. I’m going to turn off my phone and go completely off the grid. Facebook can wait until I come back. Camping is when you deliberately choose to sleep outside somewhere in nature for recreational purposes. Occasionally you build a fire and roast wieners over it. Or s’mores. I was brought up camping and so I’ve accumulated a lot of supplies over the years. I have a tent, down sleeping bags, a backpacking stove and fuel, a water filter, flashlights, multi-tools, knives, rope, duct tape, first aid kit, matches, lighters, compass, magnifying glass, a metal spork/bottle opener… I’m pretty much prepared for the zombie apocalypse so camping is a piece of cake. Everyone should go camping at least once. There will be bugs and dirt. Don’t be alarmed. That’s normal. 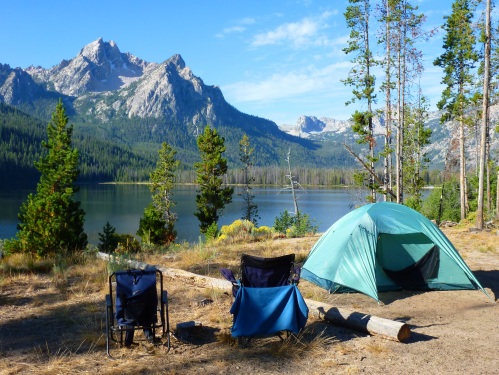 I have an adventure day backpack. It’s the backpack that I always take to the beach or park. I’ll also bring it when I go hiking or camping or on a random day trip. I keep a few essentials in the bag at all times. There’s a lighter and a bottle opener so I’m always ready to party. There’s a bottle of hand sanitizer because it’s a nice gesture to clean your hands after you piss in public. I have a tube of Carmex lip balm to protect my lips. I have big lips, I need to protect them. There’s a multi-tool that my sister gave me with a knife, screwdriver, saw, can opener. There’s a stash of Band-Aids because shit happens. That’s just the pockets.

Open it up, and there are two baseball gloves and a ball, so I can have a catch wherever and whenever. There’s a Nerf football and a Frisbee if I want to play catch with something else. There’s a cribbage board so I can play cribbage if I want to play cribbage. There’s a deck of cards because you can’t play cribbage without a deck of cards. There’s also an UNO deck so I can play UNO and you can’t play UNO with regular cards. Crazy Eights just isn’t the same. There’s a beach towel so I can sit down at the beach. It also works just as well at the park. There used to be Bluetooth speakers too, but they broke. My birthday is coming up. I could use some speakers. Just saying. 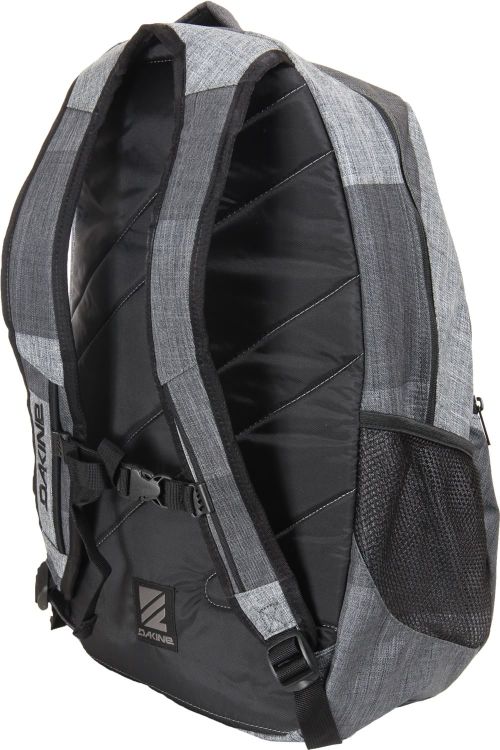 I like to go camping. I also enjoy sitting. So when I go camping, I like to bring a camping chair so that I have something to sit on around the campsite. A camping chair is a chair that is foldable/collapsible so you can take it almost anywhere. They are lightweight yet sturdy and comfortable. Camping chairs used to be pretty basic, but manufacturers have been cranking out some cool chairs. Camping chair technology has gotten insane these days. They aren’t your grandpa’s camping chairs. There are a lot of different designs and styles. Some of them have cup holders or little side tables built in. Some have footrests for added comfort. I had one that was also a rocking chair. Some of them can recline. Some can hold two or more people. I’ve seen ones with awnings overhead. There are even camping chairs with Bluetooth speakers so you can blast your music and give the middle finger to the majestic sounds of nature. If you like camping and sitting, I suggest getting a camping chair. I’m sure there’s a perfect one that seems like it was made just for you. You only have to find it. Good luck. 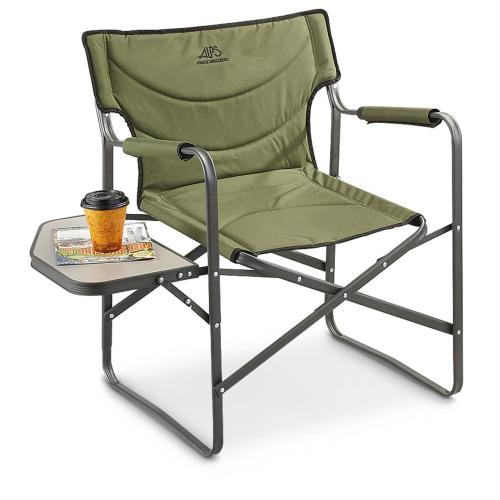 Uploading Pictures Of Yourself Camping

The whole point of camping is to get away from it all. Away from city life, away from technology, away from your cell phone. You should be chilling in the woods, sitting around a campfire, telling stories and making jokes. You should be living. Why the fuck are you taking picture of yourself camping and uploading it to Facebook? I’m not opposed to taking pictures of the campsite or the views or having fun. That’s totally fine. I’m against taking a picture and instantly uploading it. You’re not camping if you don’t have a signal, you’re just a hipster in the woods. Put down the phone and look at a tree. You came out to nature to experience nature, not to add another hashtag to your resume.

Long before Kevin Bacon was a creepy guy on The River Wild, he was a creepy guy in White Water Summer. White Water Summer is about a kid named Alan (played by a young Sean Astin), and a few other kids who go on an extended backpacking trip with an older guide name Vic (played by Kevin Bacon). Vic uses the trip to teach the kids valuable life lessons, but in dangerous and careless ways. Alan has a problem with this, and the two of them butt heads and the tension between them rises.

Sean Astin narrates the movie in an extensive interview that’s intercut throughout the film. It’s very jarring, especially because it was filmed two years after the rest of the movie. He looks way older, is sitting on a chair in the woods,  he’s wearing a Hawaiian shirt, and it seems like a blatant rip-off of Ferris Bueller or something. It doesn’t suit the tone of the movie.

Vic tries to teach the boys to respect nature. He just wants them to respect it the same way that he does. He teaches them fishing techniques, but gets mad when Alan does things his own, more effective way. Vic wants the boys to become men, he just does it in an over the top manner. Alan is just a little whiney bitch who thinks that he is the shit because he is a teenager. Granted Vic is fucked up in the head, but his heart is in the right place. Alan is stubborn and unwilling to listen to a point of view that differs from his own.

There is a part of the movie where the boys and Vic part ways. The boys all end up huddled together, sleeping on the ground, some of them using their sleeping bags as pillows. WTF? Did it not dawn on any of the actors, producers, writers or director to have them actually sleep in the sleeping bags? Seriously, that shit bugs me more than any nitpicky thing I’ve seen in any movie. FUCKING SLEEP IN YOUR SLEEPING BAG, THAT’S WHAT IT IS FUCKING FOR.

So anyway, at one point Vic breaks his leg, and Alan must use his wilderness skills to get him safely off the mountain. It is a very anti-climactic ending. Vic doesn’t go totally crazy, and Alan never kills him in self-defense. The whole movie builds up a tension that only escalates into a mutual respect for each other. This is America, we want violence and death.

This is a lame movie. It is not a classic. It is not very good. I am only writing about this because I saw it on HBO a few weeks ago and was duped into watching the whole thing. If this is your favorite movie, I am pretty sure that we are not friends.