I was walking towards the metro station earlier tonight in downtown San Francisco and it was eerily quiet. There was hardly anybody on the sidewalks or on the streets. I glanced at my phone for the time and it was only 7:30 pm. Still early, but all the people were gone. It made me smile. I knew that almost everybody was somewhere they wanted to be. With their families. With their friends. Maybe at the bar. Maybe chilling with at home with Netflix. Christmas Eve may not be an official holiday but it certainly feels like one. Merry Christmas, I love you all. Thanks for reading the bullshit I feel compelled to write. 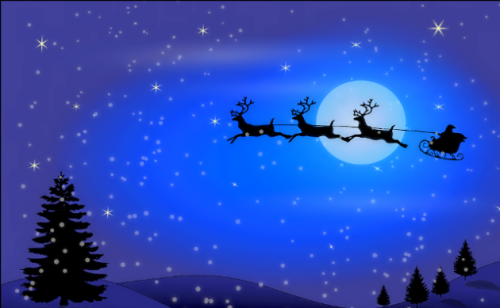 August 7, 2014 is National IPA Day, a day to celebrate any beer fortunate enough to be labeled an India Pale Ale. IPAs are known for their bitter and hoppy taste and date back to the early 1800s when the British had to send beer that wouldn’t spoil to India. IPAs have a lot more flavor than domestic lagers and have an acquired taste. Nobody truly enjoys their first IPA. You have to keep drinking them before you start appreciating them. I started drinking them a few years ago and now consider craft brewed IPAs to be my go-to beer. Bold taste, high alcohol percentage, filling… all hallmarks of a delicious beer to me. You don’t need a real reason to drink good beer, but National IPA Day is a good excuse to do so. I’m commemorating the holiday with a nice stout because I’m a rebel like that. 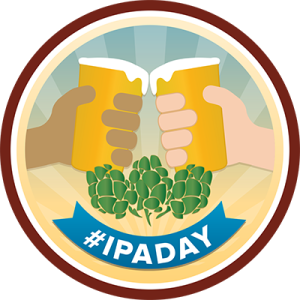 May 21st is National Waiters and Waitresses Day. It’s not as esteemed as Mother’s Day or Secretary’s Day, but it’s still a day to acknowledge the simple fact that your server is a person and deserves a little respect. How much respect? Preferably 20%. But they wouldn’t mind more. I’m a server and I love what I do. I meet people from all over the world, I work with some of the coolest and craziest motherfuckers I’ve ever met, and I don’t dread going to work. It’s fun, it’s fast paced, and every shift ends with cash in my pocket. I don’t have to wait two weeks for a paycheck because every day is pay day. I’ve grown accustomed to the server lifestyle. The industry gets in your blood. We deserve a holiday of our own, but we are willing to share. May 21st is also National Memo Day, so make a note of that. 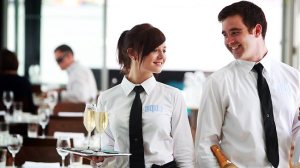 April 7th of each year is No Housework Day. It’s a day to procrastinate and be lazy about household chores. This is an actual holiday. You can Google it if you don’t believe me. But you should save some time and just trust me on this. It’s No Housework Day. You really don’t have to do any housework. How awesome is that? You might still have to run errands or go grocery shopping, but at least you don’t have to clean up the bathroom or wash dishes. You should celebrate by giving the maid a day off and letting the mess accumulate in the kitchen. It’s ok to slack off every once in a while, and this holiday is a reminder to do that. 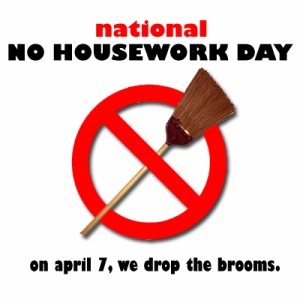 March 17th is Saint Patrick’s Day, or St. Paddy’s for short. It once was a holiday that commemorates the death date of the patron saint of Ireland, but now it’s a drinking holiday like Cinco de Mayo. Saint Patrick’s Day has a lot of traditions for a pseudo-holiday. It has an official meal: corn beef and hash. It has a seasonal plant associated with it: shamrocks. It has an official candy: chocolate gold coins. It has a religious background that gradually became commercialized and forgotten. On St. Paddy’s Day everybody pretends to be Irish, and for some reason that involves consuming copious amounts of Guinness, Jameson, and Car Bombs, and making up some bullshit about Leprechauns to distract little kids from all the drinking that’s going on. The most important thing to remember about St. Patrick’s Day is to wear green. If you don’t, people will pinch you. I will pinch you. You can’t lie and say that you’re wearing green underwear. Everybody knows you don’t wear any underwear. So sport some green, drink some stout, and have some fun. Just because it’s a fake holiday doesn’t meant you can’t enjoy it.

December 23rd is Festivus, the secular holiday that’s become a growing tradition thanks to Seinfeld. It’s been a real family custom for writer Dan O’Keefe since 1966, and he was gracious enough to introduce it to the world via the classic Seinfeld episode “The Strike.” Festivus is a response to the commercialization of Christmas, a holiday for the rest of us. There’s no tree, just an unadorned aluminum pole instead. There’s a dinner or feast, followed the “Airing of Grievances,” where each person expresses their disappointment with everyone else. Festivus concludes with the “Feats of Strength.” The head of the household challenges somebody to a wrestling match, and the holiday is finally over when the head of the household gets pinned. In theory, Festivus could go on forever. It seems to be gaining in popularity every year. There are already Festivus poles popping up alongside nativity scenes in public places around the US. I wouldn’t be surprised if it’s an actual, recognized holiday within the next hundred years.

Today is Father’s Day, a day in which you honor your father by giving him a necktie that he will never wear. Most families have their own Father’s Day traditions, like eating at a moderately priced restaurant, going to the movies, fishing or hunting, or simply going for a drive. It’s just a day to let your pops know that you’re glad he put his penis in your mom and ejaculated all those years ago. You can also thank him for raising you, supporting you financially, and for putting up with all the bullshit things you did growing up. Father’s Day can also be a sore subject for some people. Some people can’t celebrate it, some people don’t want to. But if you have a chance (or even the slightest inkling), you should call your dad and have a chat.

It’s Christmas day, the pinnacle of the Holiday season. Everyday since Halloween has building up for this 24-hour period of food, gifts, and family fights. Hanukah and Kwanzaa are ok, but everyone knows that Christmas is the star of the show. It’s the fake birthday of our favorite bastard. And since he’s not around anymore, we get to open his presents for him. There are a lot of traditions and customs around the world. Santa Claus, Father Christmas, Kris Kringle and St. Nick are a bunch of creepy old men that give goodies to little kids in the middle of the night. People used to take living trees and display them inside. They gradually decided that it was weird, so they started using fake plastic trees instead. People stand around in groups in the freezing cold, loudly singing songs about silent nights.

Christmas is overhyped. It’s lost all value as a holiday. It’s the poster child for consumerism and gluttony, but masked with bright lights and fake snow to make it presentable. It’s still a great day to spend with friends and family, but the magic of the holiday has been slowly draining away ever since you found out that Santa’s not real, he’s just a mascot for the Coca-Cola Company. But everything is full of shit when you analyze it, and Christmas is still my favorite holiday.

Thanksgiving (or Turkey Day as it’s known on Facebook) is a day for Americans to sit around a table with family and friends and get even fatter. Americans already have more food each day than half the world, but Thanksgiving really lets us show off our gluttony. The average Thanksgiving feast is pretty extravagant: turkey, ham, mashed potatoes and gravy, sweet potatoes, stuffing, green bean casserole, rolls, some sort of salad, cranberries, pumpkin pie, wine for the adults, sparkling cider for the kids, and leftovers for days. There are starving kids in China and we complain about being in a food coma. 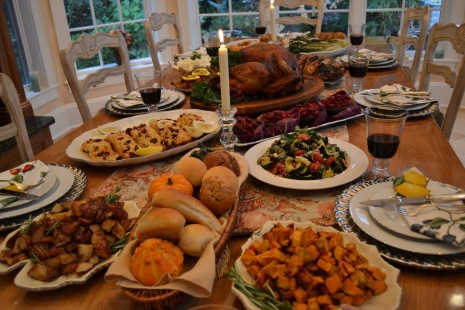 Pretending to be thankful is the way that we justify eating a week’s worth of food during one meal. You hold hands and give thanks for the food, for another year together, for a roof over your head, for a new Star Wars trilogy. You’re not really grateful. You take that shit for granted. But that’s ok. We’re Americans. We are supposed to be assholes. That’s why the world hates us. It doesn’t matter though, the turkey tastes delicious.

Thanksgiving is one of the last real holidays. The candy companies and greeting card companies haven’t found a way to exploit it yet. I’m actually thankful for that. Despite my cynicism, Thanksgiving is usually one of my favorite Thursdays of the year.