I recently moved to a new spot and today was the first chance I had to do laundry. Needless to say, I took advantage of the opportunity and I went to the local laundromat. I had to do a couple loads, so I put a few bucks into the change machine to get some quarters. As the quarters fell out, it dawned on me that it shouldn’t be called a change machine. It doesn’t give you change. It only gives you quarters. Change is more a mixture or combination of coins. It should be called a quarter machine. It’s a more accurate name. A change machine is that thing at the grocery store checkout counter. It was hard to concentrate on my laundry after a revelation like that, but I managed not to slip anything red into my whites. 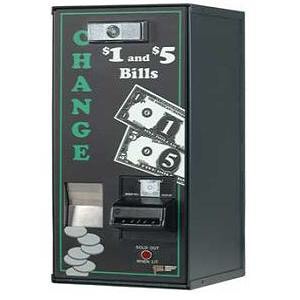 Dropping Change You’re Trying to Put In Your Pocket

You’re at the corner store buying a soda and some chips and maybe a candy bar, and your total comes out to $4.07. You hand the cashier a five-dollar bill, and he hands you back 93 cents. You take your small pile of coins and try to shove it in your pocket but you completely miss. The coins hit the floor and roll in all different directions. You wish that you could just pretend like it didn’t happen and walk out the door, but you can’t abandon those quarters. So you swallow your pride and get down on your hands and knees to pick them up. And you might as well pick up the dimes while you’re at it because those aren’t completely worthless. And you pick up the nickels and pennies because you don’t want to litter. Dropping change you’re trying to put in your pocket makes you feel like less of a person. The truth is you are. But it’s only temporary. Only the cashier and people waiting in line behind you know that you’re a failure. Nobody on the street knows what you did, so you’re in the clear once you exit the store. 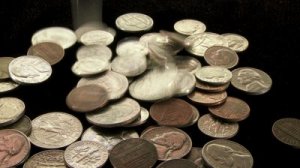 Coin snatching is when you snatch a coin or coins off of your elbow. If you’re right handed, put a quarter onto your right elbow and balance it there. Then let your elbow drop and try to grab the quarter out of the air with your right hand. It takes a couple of tries but it’s pretty easy to get the hang of it. Practice with one quarter for a while and you can start moving up to more and more coins. It more impressive if you have more coins, but it’s also more embarrassing when you fail. Coin snatching will never get you any girls, but it’s a good bar trick if you can do it when you’re drunk.

Canadian quarters are quarters from Canada. They look deceptively like a regular American quarter. They are the same size, the same shape, and the same color. But it’s a moose instead of George Washington. George Washington is on the American quarter because he was the first President of the United States, commander-in-chief of the Continental Army, and a founding father. Canada chose a moose because they were discovered by a moose. Canadian quarters are quite useful if you’re in Canada, but they are completely worthless and useless once they cross over the border. I don’t want it if I can’t use it for parking, laundry, or buying a gumball. Keep your quarters Canada; they’re not welcome here.