Setting Your Alarm for the Wrong Time

I don’t have a fixed schedule, so my wakeup times are always changing. Some days I can sleep in, some days I have to wake up at 9:30, other days at 8:15, and sometimes I’ll set my alarm for 9:00. There’s a danger in having so many different wakeup times… sometimes I’ll set the alarm for the wrong time. It’s not that bad if I wake up early, but it sucks if I set it for a later time. Then I might as well have not even set it in the first place. I still woke up late and I’m still fucked. The worst thing is that I didn’t forget to set it. I just didn’t do it right. I failed. Because I’m an idiot. Setting your alarm for the wrong time is one of those stupid things that everyone does at least once in their lifetime. Too bad your boss won’t accept it as a valid excuse for being late. 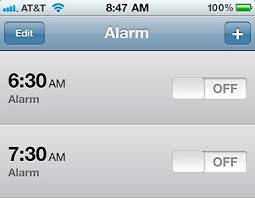 I remember doing back to school shopping with my mom a few days before I started high school. I remember thinking that I’m going to a brand new school, that I could start a brand new me. A cool new me. And a One-Strap Gap Backpack would set me apart; I would be cool and trendy and would stand out. I would soon find out that those backpacks suck. They can’t hold shit, they are uncomfortable, and there was nothing wrong with the old two-strap backpacks. That was way back in 1999. Right around the time as those dumb ergonomic keyboards that were supposed to change the world. No one uses those stupid things anymore. But I still see people with One-Strap Gap Backpacks. It’s quaint. It’s as close as a Californian comes to seeing Amish people. 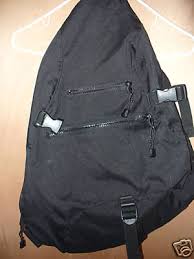