Are you bored right now? Well, I have a little trick to entertain yourself. Pour some water on your hand or stick it under the faucet for a second. Then find somebody that’s not looking at you, creep up behind them, pretend to sneeze while shaking the water off your hand onto the back of their neck. Hilarity ensues. They will think that you sneezed on them. They either get really mad or figure out that you duped them. Nobody wants to be sneezed on so they will be quite relieved that it was only a fake sneeze. They might even join you in your laughter. Or they might punch you in the face. It’s comedic gold no matter what. And yes, I have faked quite a few sneezes in my day. I haven’t gotten punched yet, but I’ll admit that I deserve it when it finally happens. And I just wrote about fake sneezes, I must be getting desperate for things to blog about. Fuck. 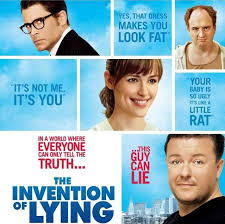 Pretending You’re Allergic to Something You Just Don’t Like

Pretending you’re allergic to something you just don’t like is quickly becoming the new trend in eating out and it needs to stop. I know that some people have real allergies. Some people can’t even look at a peanut without going into cardiac arrest. Those people have the right to be picky and demand special treatment; it’s totally acceptable if it’s a life or death situation. But some people abuse the system by pretending they have allergies to avoid things that they don’t like. If they don’t like fish, they will claim to have a seafood allergy. If they are dieting and worried about carbohydrates, they will claim to have a gluten allergy. I think they need to lighten up and stop being so damn picky. Pretending you’re allergic to something is a slap in the face to people who have real allergies. And it’s a weird thing to lie about. If you don’t like tomatoes, just say you don’t like tomatoes. You don’t need to pretend like a tomato will kill you. You’re not going to get my sympathy; you’re just going to make me want to feed you a tomato.

Tagged as allergic, allergies, allergy, fake, fake allergy, food allergy, pretend, pretending to be allergic to something you just dont like