I was starving at work the other day and brought some buffalo wings into the breakroom to scarf down. I sat down and one of my coworkers had the audacity to take one of my wings without asking me first. She just reached her grubby little hand out and snatched one. Well, that really pissed me off and I let her know it. I grabbed the wing back from her and threw it away. I asked her who the fuck she thought she was. I told her that we weren’t homies. She doesn’t get to eat my food. She doesn’t get to touch my food. I let her know that she would have gotten one if she had simply asked. I said none of this nicely, mind you. I was fucking livid. I walked out of the breakroom and handed out a couple of wings to coworkers that I actually am friends with, knowing that they would take the wings back to the breakroom and she would see them eating the same wings that I had fiercely defended. They can have my wings. Her entitled self is forbidden.

Looking back on it, I know that I overreacted but justice comes at a price. The moral of the story is don’t touch my chicken wing. Don’t assume you can just take one without asking. It’s my food. It’s my property. But if you ask, I’ll be more than happy to let you have one. I might even offer you some ranch to dip it in.

Can I Ask You a Question?

Asking to Steal a Fry

It’s lunchtime at McDonald and you’re munching on some McNuggets. Your friend got a burger and some fries, and those fries are looking mighty tasty. You start craving them but you don’t want to pay for any. That’s when you resort to asking to steal a fry. It’s a casual way of getting permission to eat his food and it also makes him more willing to share them. You could just grab a handful of fries and shove them in your mouth, but it’s more polite to ask if before you take any. It’s always better to ask for approval rather than assuming that it’s ok. Besides, you’re not actually stealing anything if you ask to steal it. Right?

Ask Before You Take a Chair

I was at the bar the other night (surprise, surprise) with some friends. There were about eight of us, so we grabbed a table inside and established our territory. Half of us got up to grab a few pitchers from the bartender, and I was one of the people that stayed behind to watch our stuff. And it’s a good thing that I was there, because another group showed up and took over the table next to us. And one bitch from that group started taking away the unoccupied chairs from our table. She didn’t even ask, she just started dragging them away. I actually had to stand up and block her path and ask her to stop stealing our chairs. I believe my exact words were: “Um, excuse me, can you please stop taking our chairs?!? We have more people at the bar.” She heard me, but I don’t think it registered through her abnormally thick skull. Another guy in her group had to tell her to give them back. It could have been a situation at that point if he hadn’t intervened. And it could have been easily avoided if she just asked before she started taking them. You should always ask before you take a chair. It’s what you’re supposed to do. It’s weird when someone is completely ignorant of social customs. You can’t just swoop in and grab whatever you want. The world doesn’t work like that. 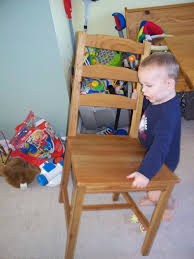 Can I Ask You a Question?

I need a hobby.

Tagged as ask, ask question, can i ask you a question, english language, phrase, phrases, question