TV Shows are Better than Movies

Movies used to be the premier form of Hollywood entertainment. They were the pinnacle. They had the best actors, the best directors, the best stories, and the best effects. But then HBO started making their own shows. They had the budget to hire quality actors to portray quality characters. Characters are the most important part of storytelling. If you don’t care about the character, then you don’t care about what happens to them. And a TV series allows a character to get developed over multiple episodes and seasons. You get to know their personality, their quirks, their pet peeves, and you feel like you truly know them.

AMC has a lot of amazing character based dramas, like Mad Men and Breaking Bad, with interesting characters and intriguing storylines. The Walking Dead not only has great characters but also feels like a zombie movie that never ends. And it has more graphic and creative zombie deaths than anything in the movies. There are shows like True Blood that are extremely sexual and violent and Spartacus (which makes True Blood seem like a family show). The quality writing on television is extended to Cartoon Network. Even the worst season of Star Wars: The Clone Wars is better than anything the prequel trilogy has to offer.

In the old days, any actor could be on TV but only a few actors could transition to the big screen and be a box office draw. Now movie stars want to be on television. The Simpsons and Scrubs are famous for their celebrity cameos and guest roles. Former Hollywood heavyweights like Keifer Sutherland got a career boost by turning to TV. Dustin Hoffman, Steve Buscemi, and Sean Bean put aside film opportunities to star in HBO shows. Kevin Spacey, Christian Slater, William H. Macy, Alec Baldwin, Kathy Bates, Zooey Deschanel, Danny DeVito, Christina Ricci, Laura Linney, Don Cheadle, and Glenn Close have all chosen television over film. Who needs to go to the theater with that kind of star power available on a weekly basis?

With HBO hits like The Sopranos and Sex in the City, other networks started paying more attention to quality programming. Premium cable channels like Starz and Showtime stepped up their game. Basic cable networks like FX and AMC had to keep up and they did. And the major networks took note and started taking more risks. We get shows as diverse as Lost and Community and everybody wins. The production quality and star power of television shows is only going to increase. It’s a good time to be a couch potato with a Netflix subscription.

Beetlejuice is the best Tim Burton movie that doesn’t star Johnny Depp. Alec Baldwin and Geena Davis play the Maitlands, and they are living in wedded bliss, but then they die, and things aren’t so great anymore. They are stuck in purgatory for 125 years and must get used to being ghosts. A New Yorker family moves into their house and they must rely on a bio-exorcist named Betelgeuse (pronounced Beetlejuice) to get rid of the Deetzes.

Beetlejuice is a classic film. Everyone has seen it at least once, and if they haven’t than they suck. Alec Baldwin and Geena Davis play an overly happy, extremely lovey-dovey couple. All they have are each other and a handcrafted scale model of their hometown. The first few scenes of the movie showcase their nearly perfect life. About eight minutes into the movie, they crash into a bridge and careen into the water. Not to ruin anything, but they die.

The movie explores the afterlife, but Death is portrayed as a bureaucracy, something you have to deal with, like going to the DMV.  The Maitlands receive a guidebook called the Handbook for the Recently Deceased. There is an afterlife waiting room with a receptionist and numerous dead employees. The afterlife reception waiting room is this movie’s Cantina scene. The Maitlands are assigned a caseworker, who offers them advice on dealing with the Deetzes, but her most important advice is to avoid soliciting help from Betelgeuse.

The Maitlands don’t like the Deetzes initially, but they gradually form a friendship with their daughter Lydia, played by Winona Ryder. She is a Goth chick and can see ghosts, because everyone knows that Goths see ghosts.

Michael Keaton plays Beetlejuice. He only has about seventeen minutes of screen time. He is not the main character; he is just the title character. There is a difference. Keaton is like Alan Rickman in this movie, he just does so much with so little. Alec Baldwin and Geena Davis do a great job, but Keaton steals the movie. It wouldn’t have been as good with any other actor.

Tim Burton movies are very distinctive. CG advancements have cheapened his vision though. Beetlejuice and Edward Scissorhands are his two best movies, and they were made without much computer magic. Second-rate effects don’t cheapen a movie if it is made with heart. This movie proves that. 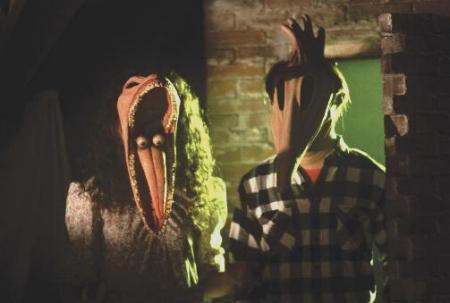 Death is scary. This movie makes it funny. If the afterlife is half as cool as it’s depicted in this movie, I can’t wait to bite the dust. I hope death is lip-syncing Harry Belafonte songs and fighting sand worms. I’m pretty good at both already. 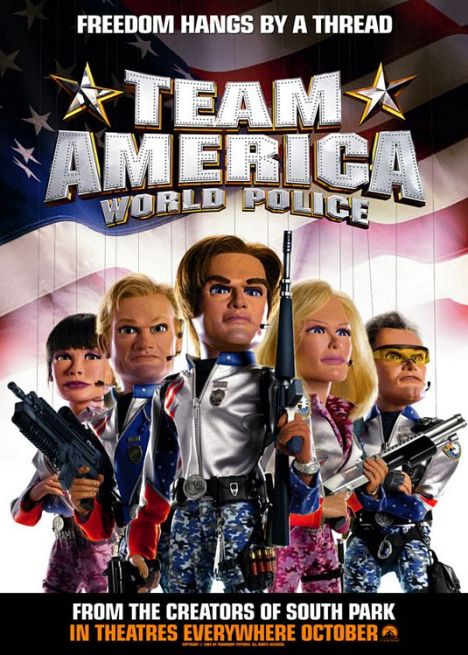 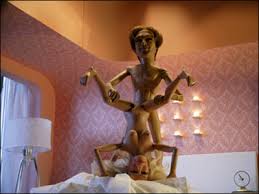