Ripped jeans are either really cool or really stupid. It all depends on where the rip is. If the knee is ripped, that’s stylish and hip. If the crotch is ripped, your day is probably ruined. I have a pair of jeans with frayed back pockets. I’m reluctant to keep my wallet in them, but they look fashionable so I wear them every now and then despite their diminished functionality. Some people buy news pairs of jeans that are already ripped. I don’t believe in that. I believe that rips should be earned. There should be a story behind them. You should rip your jeans while running from a mountain lion while hiking. You shouldn’t rip your jeans with scissors because Oprah says it’s trendy. I don’t know why denim looks good ripped, but it does. You don’t see people walking around with ripped cargo pants or ripped yoga pants. I have a theory that jean shorts were accidentally invented when a ripped knee got out of control. 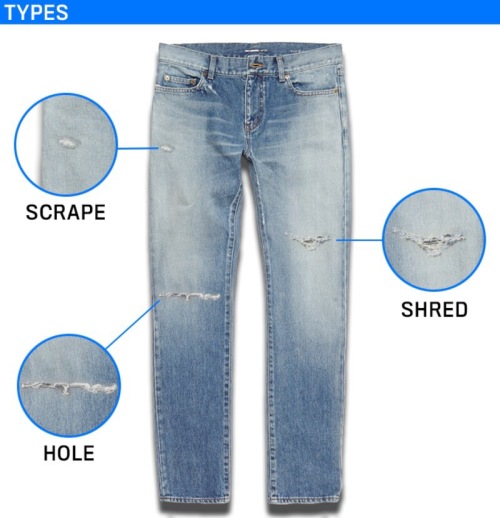