Hollywood has been churning out reboots and remakes for the past couple of decades. No classic film is safe, as evidenced by the recent reboot of Ghostbusters. The new film is directed by Paul Feig and stars Kristen Wiig, Melissa McCarthy, Kate McKinnon, Leslie Jones, and Chris Hemsworth. It’s kind of like Bridesmaids but with more ghosts. It’s really funny with the right amount of spooky thrills. It’s a definite reboot. They pay homage to the original films, but the girls are the first batch of ghost exterminators in this universe. Most of the cast from the first films make cameos, the notable exceptions being Rick Moranis and Harold Ramis. Rick Moranis basically quit Hollywood and Harold Ramis passed away. They could have had him cameo as a ghost but that would have been disrespectful.

The plot is similar to the first film. You kind of feel like you know what’s going to happen before it does. But the characters make the film worth watching. The four ghostbusters are all hilarious. The riff and play off of each other and it’s apparent that they are all having fun. Comedies are supposed to be fun. Chris Hemsworth had some of the best moments as their bumbling secretary. Who knew that he had comedic chops to rival Kristen Wiig and Melissa McCarthy?

I liked the special effects. The ghosts looked retro like in the first two movies of the franchise. I saw it in 2D because that was the best showtime for me, but I wish I saw it in 3D because the climax was so spectacular. The end of the world has been depicted in countless movies, but this was one of the most memorable apocalypses I’ve seen.

There are a lot of haters who decided to hate this movie without watching it. You can’t hate it if you never experienced it. I experienced it. I liked it. Everyone else in the theater with me liked it too. I heard laughs and gasps and a smattering of applause when it was over. I heard no boos and no demands for a refund. I don’t think this movie will make its budget back. It won’t be a blockbuster even though it deserves to be. It sucks too, because the scene after the credits sets up a sequel that we might never see. 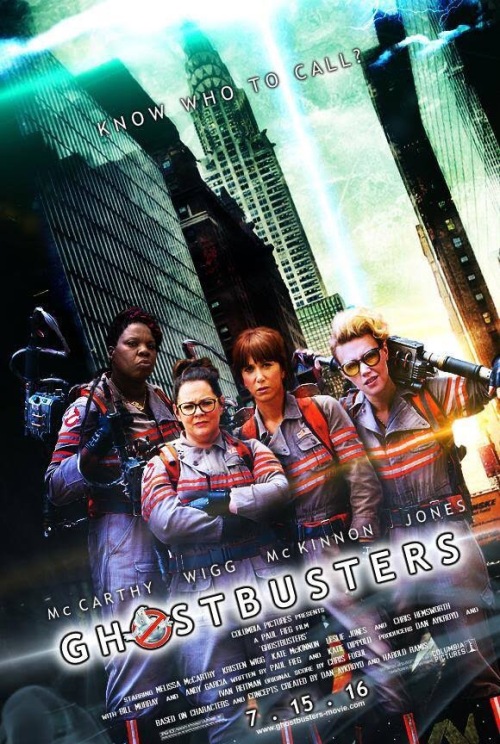