A few weeks ago I wrote an article about camping lanterns and mentioned that I have a solar powered lantern that only works during the daytime. I kind of lied. I really do have a solar powered lantern, but it really does work at night. It works really well at night in fact. It’s called SolarPuff, and it’s one of those rare Kickstarter success stories. It’s a portable compact LED solar lantern. It’s flat until you pull it open to form a cube shape. It even has a handle for your convenience. Then you press the button to turn it on. It has three settings. There’s bright, brighter, and strobe so you can get your rave on. Eight hours of sunlight is enough to provide eight to twelve hours of light. I don’t know much about the laws of thermodynamics, but I’m pretty sure that they achieved the impossible. I’m witnessing a miracle every time I turn it on. I let my roommate borrow it when he went camping and he loved it. He could not stop talking about how awesome it was. Like seriously every conversation was about how cool SolarPuff lanterns are. Morning, noon, and night he was talking about SolarPuff lanterns. He was obsessed about it. My girlfriend bought him one of his own to shut him up. He sits in his room basking in its glow every night, murmuring under his breath all the perks and benefits of the solar inflatable light cube known as the SolarPuff. 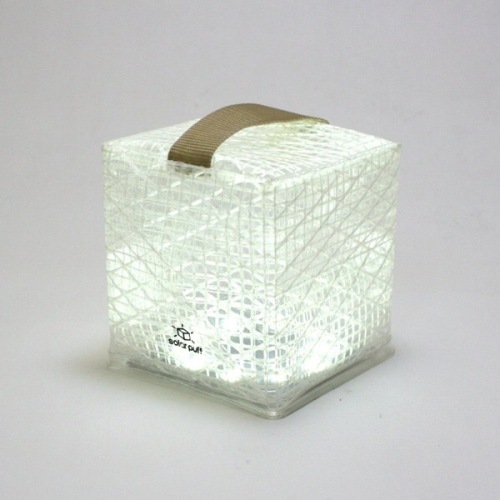 One of the best things about soda is that it’s carbonated. Bubbles are fun. There’s no denying that. They add pop and fizz and make the soda more enjoyable. And that’s why I can’t enjoy a flat soda. I had an opened 2 liter bottle of Coke in the fridge that I ignored for a few days too long. Now there’s no more carbonation. There’s no life to it. It’s still cold so I’ll drink it. But I’m going to grumble and complain and not enjoy it at all. If it was warm I’d pour it out. Warm flat soda tastes like piss. Bubbles are one of the best things about soda and you don’t realize how much they mean to you until they are gone. Bubbles or bust.