I spent the majority of third grade learning to write cursive alongside my classmates. We had to use cursive on every paper in fourth, fifth, and sixth grade. Then we got to seventh grade and we didn’t have to use it anymore. Papers were either typed or written in print. It’s been two decades since the last time I used cursive regularly.

I wrote my name in cursive today, just to see if I could still do it. I could. It looked sloppy but it was legible. I was actually a little impressed with myself. It became a bit of a game. I challenged my coworkers to write their names too. Most of them succeeded but there were a few spectacular failures.

Learning cursive was a huge waste of time. We should have learned how to code instead. 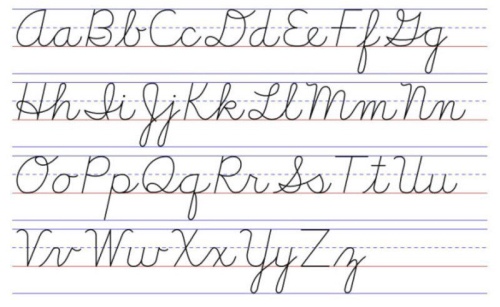 I’ve been doing this blog for three years now and I’m constantly looking out for new things to write about. An idea for a topic will pop into my head, I’ll jot down a note or two to remember it, and I’ll let the idea germinate in the back of my mind until I have time to type it out. But I’m at the point now that I have to search Critically Rated first to see if I’ve already written about something. And a lot of the times I’ll realize that I’ve already done that, then I have to find something new to write about. That’s ok though, it helps keep me motivated to find something else to write about. That’s how this post was created. I wanted to write about battling for the armrest. I had it all figured out. Too bad I already wrote about fighting for the armrest in 2012. I needed a new topic. So I wrote about how I’ve already done that. And now you’ve read it. My work here is done… for now.

Tagged as been there done that, blog, critically rated, I've already done that, post, write, writing

I’ve been slacking. I don’t know if anybody’s been noticing or if they even care, but I’ve been skipping blog posts and missing days. I try to publish two a day, but that stopped when I went up to Alaska and had to work twenty-five hours a day, eight days a weeks. Then I came back home and still haven’t found my groove again. Writing isn’t hard, it’s finding the time to write about things that is hard. There have been quite a few days where I don’t have a minute to myself, much less twenty minutes to blog about something. But for whatever reason, my stats haven’t gone down. My traffic seems to be increasing on the days where I don’t publish anything. They say less is more but nothing at all seems to work the best. Go figure. 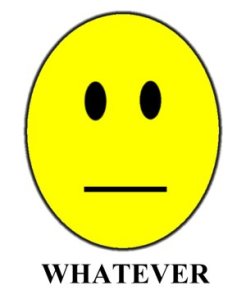 Blog is short for web log, and it’s basically an online journal or discussion written by an individual or a group. A blog can be a noun or a verb. This site is a blog. This post is a blog. You’re reading a blog written by a blogger about blogs and blogging right now. I personally don’t like the term. I prefer to think of myself as a writer, not a blogger. I want my posts to be considered articles, not blogs. I feel that blog demeans what I have to say. It cheapens it. It’s less likely to be taken seriously. You can quote articles to win arguments, but you can’t refer to blogs to win a bet. I don’t like the term, but I have to accept it because that’s what I do and that’s what it is. I’ll admit that I’m a blogger because I blog on my blog if you admit that I’m a writer because I have to write the blog that I blog on my blog.

Typing On Your Phone with One Finger

I was at the baseball game the other day, and I noticed the middle-aged woman sitting right in front of me was on her iPhone for most of the game. She was taking pictures and uploading them to Facebook, constantly updating her status, responding to all the lame comments that her lame friends were making about her lames pictures, and she spent a good solid 9 innings glued to her fucking phone. None of that shit bothered me. What bothered me was the fact that she was only using her pointer finger to type everything. She was moving at a snail’s pace. My grandma can type faster than her. My grandma knows to turn the phone sideways and to use two thumbs. I know you might be a little clueless on technology, but that has nothing to do with a lack of common sense. Typing on your phone with one finger is stupidly wrong. I don’t like to use the word retarded, but that’s what it is. You are fucking retarded if you’re typing with just your index finger. The only acceptable reason for typing on your phone with one finger is if you only have one finger. If you have thumbs, you should use those. Your phone’s keyboard was fucking designed for your fucking thumbs. If you don’t know how to use your phone, you don’t deserve your phone.

So what does a thousand posts look like? A lot like this. This is my first outing into quadruple digits. I hope it’s as impressive for you as it is for me. I don’t know what a thousand posts means. I know I’m committed, I know that I write a lot, but a thousand posts is a milestone. Consider yourself fortunate to be a part of it. I know I do. I’m not sure what to write about, but I have no problem with patting myself on the back (because nobody else will). I started this site with the simple goal of posting a minimum of two articles a day. I’ve met that quota and then some. I never thought I would reach a thousand posts, and I didn’t even know there were that many things to write about. Working on this site has opened my eyes. Every day provides a new situation, another observation, and another unnecessary product that needs to be rated and judged. Cheers to a thousand posts and cheers to a thousand more. Thanks for visiting CriticallyRated.com. 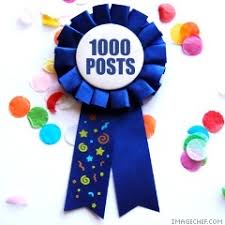