The final four issues of Justice are collected in the third volume. The first two volumes are setting up the story and this one resolves everything in an epic way. Alex Ross and Jim Kreuger’s story reaches its exciting conclusion as the Justice League of America squares off against the formidable Legion of Doom with the fate of the world at stake. There are huge fights and battles between good and evil. And futuristic-looking superhero armor to jazz things up. 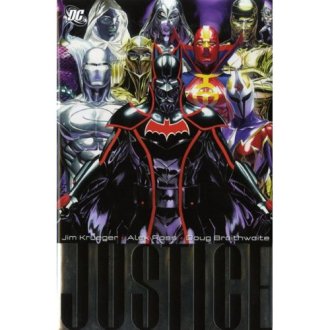 The best way to solve problems is resorting to violence, and so the JLA decide to punch their way to victory. They use their superpowers and smarts to punch the bad guys and save the day. There are dozens of DC characters, both famous and obscure ones, facing off and fighting and punching their way through the plot. Alex Ross and Doug Braithwaite’s stunning artwork makes the punches look incredible.

There are a lot of characters and a lot of things going on. It’s not as convoluted as Crisis on Infinite Earths, but you’ll still be lost if you’re a newcomer to comics. There are just too many names and powers and histories to keep track of. You can still admire the artwork though. It’s stylistically realistic and fantastic to look at. It’s not essential reading but it’s still nice to own.

Justice is a 12-issue comic about the Justice League of America doing battle with a group of super villains. The first volume contains the first four issues. Alex Ross and Jim Krueger wrote the story with art by Doug Braithwaite and painted by Alex Ross. The twist is that the villains seem to be helping humanity and trying to save the world. They claim that the JLA are the real villains for never doing anything to change the world; they’ll save you from danger but wont save you from your meaningless life. 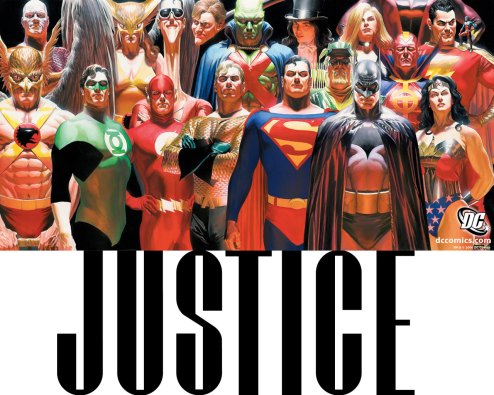 The story starts with a handful of villains experiencing the same dream over and over again: nuclear bombs start falling on cities around the world and Superman and his super friends are powerless to stop it. The villains team up and start healing the sick and crippled and bringing food and water to starving people. They are able to win over the public’s trust.

Even though the villains seem to be doing good things, they still have a hidden agenda that involves kidnapping Aquaman and hacking into JLA computer files to find out secret identities and weaknesses. The villains use their intelligence to stage a coordinated attack on the JLA. Will the JLA emerge triumphant? Will they find out the sinister motives behind the villains? Will they save the world? 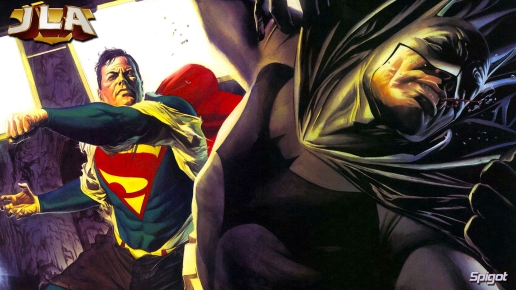 Justice has a cool story, but the art makes it even better. Alex Ross uses paint to bring Braithwaite’s illustrations to life. Superman looks like a real guy. Even the most fantastic villains and set pieces look realistic. It humanizes the characters and makes them more relatable. It’s not the best comic ever, but it’s pretty much all you want from a comic: a cool story and cool art with cool characters. Alex Ross did the story justice. That’s a pun.