A pixie cut is a popular hairstyle for women, but it shouldn’t be. It’s a short haircut along the sides and back of the head, and slightly longer on the top. Pixie cuts are super trendy right now for some stupid reason and I don’t know why. Girls are supposed to have long hair. Very few girls can pull off a pixie cut and still look good. Emma Watson had one. Beyoncé had one. Jennifer Lawrence just got one. They are all insanely gorgeous women with a terrible haircut in common. None of them can make it work. You shouldn’t even attempt it unless your name is Tinker Bell. You’ll end up looking like Peter Pan. The problem with a pixie cut is that it looks like a little boy’s haircut. And it’s hard for women to look sexy if they look like a little boy. If you want to look like a school boy, go ahead and get a pixie cut. But don’t stop there. The look isn’t complete until you also get a set of baggy overalls and a pair of Doc Martens. You can accessorize further with a slingshot in your back pocket. There, now you’re dressed to impress. 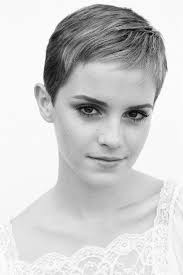 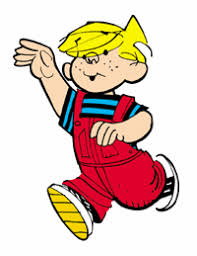 Director Gary Ross (Pleasantville, Seabiscuit) takes on the first book of The Hunger Games trilogy, written by Suzanne Collins. I never read the books, and all I knew to expect was a strong female character with a knack for archery. In a future dystopia, a girl is entered into a life or death contest that is part sacrifice and part entertainment. If you take Shirley Jackson’s The Lottery, add a little bit of The Running Man and a splash of the Truman Show, and throw in some Fifth Element-esque costumes, and you end up with The Hunger Games.

In the future, the world we know has come and gone, and it is a new era. America is gone, and a new nation has arisen: Panem. There are twelve districts of varying levels of poverty surrounding a wealthy Capitol. There is an annual event called the Hunger Games where each district must sacrifice a twelve to eighteen-year-old boy and girl to fight to the death until a single victor emerges.

At the yearly lottery to choose the lucky pair, a plucky young lady named Katniss Everdeen (Jennifer Lawrence) bravely volunteers to compete when her younger sister is chosen. The other representative from District 12 is Peeta Mellark (Josh Hutcherson), a baker’s son. Katniss is brave and has skills with a bow. Peeta is cowardly and knows it.

The two leave District 12 and head for the Capitol. They meet their mentor Haymitch Abernathy (Woody Harrelson), a drunk and former Hunger Games champion. He gives them solid advice, like learn your enemy’s strengths and to be weary of the “Careers.” The Careers have been groomed from birth to compete and survive and thrive in the games.

All the contestants are treated like celebrities and they all appear on a TV show hosted by Caesar Flickerman (Stanley Tucci). They try to be as appealing as possible in order to gain sponsors to provide them with supplies during the games. Peeta reveals a hidden crush on Katniss during his interview.

Katniss isn’t sure if she can believe him, especially when he forms an alliance with the Careers as soon as the Hunger Games start. Half the contestants are killed on the first day, but Katniss uses her skills to survive the first night.

Peeta leads the Careers to Katniss, but she’s able to drop a tracker jacker hive on them. Tracker jackers are like mutant wasps with hallucinogenic venom that’s deadly in large amounts. Katniss forms an alliance with Rue, a young girl from District 11. Rue basically saves Katniss from dying, and she saves her a few times. They find out where the Careers are staying and hatch a plan to destroy their supplies. The plan works, but Rue dies and Katniss feels bad.

Haymitch Abernathy is busy promoting Katniss and Peeta as star-crossed lovers in the attempt to get them more sponsors. This results in the Gamemakers announcing a new and unprecedented rule: there can be two winners if they are from the same district. Katniss hears this and decides to go find Peeta. She tracks him down and discovers that he’s badly wounded from a fight with Cato, the leader of the Careers. They get to know each other, more shit happens, more people die, some crazy mutant dogs show up, and eventually only the two District 12ers and Cato are left. And then there’s more fighting and only Katniss and Peeta are left, but instead of being declared dual winners, the Gamemakers change the rules again and say there can only be one victor.

Katniss decides a suicide pact with Peeta is a great way to get out of this jam, and the Gamemakers change the rules again and they are both winners. Hurray for District 12. Unfortunately, this action will rock the boat and threaten the dominance of the Capitol. The stage is set for the sequel.

All in all, this is a pretty satisfying movie. Jennifer Lawrence does a great job as Katniss and she carries the movie. Lenny Kravitz, Elizabeth Banks, and Donald Sutherland also play supporting roles and they add a little flavor. The cast in general was pretty solid, and that’s a tough thing to do with so many teen-aged actors.

I know that the books are probably a lot more detailed, and the movie leaves a bunch of stuff out, but the movie can stand on it’s own. There are too many characters to care about and there are a few plot holes, but that’s typical of most movies these days. It’s worth watching and maybe someday I’ll get around to reading the books.