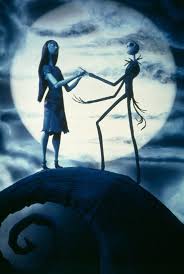 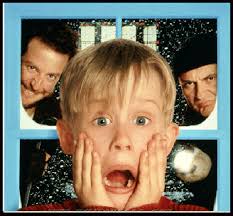 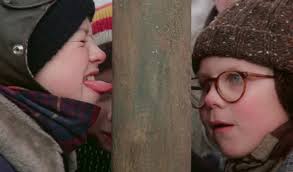 The Lord of the Rings is the gold standard for epic fantasies. The Fellowship of the Ring is the first installment of the trilogy and introduces us to Frodo Baggins and the other occupants of Middle-earth. Peter Jackson cares a lot about the source material, and even though a lot of stuff is left out, the film captures the tone and feel of the book.

The movie begins with a little crash course in Middle-earth history. Back in the day, the Dark Lord Sauron made himself a ring that would give him the power to take over the world. There’s an epic battle with men and Elves and Prince Isilidur manages to defeat Sauron, and Isilidur decides to keep the Ring for himself. The Ring betrays him and he dies. The ring gets lost and forgotten for a few thousand years before the creature Gollum finds it and eventually a hobbit named Bilbo Baggins (Ian Holm) gets his hands on it.

He has it for sixty years before he leaves it to his nephew Frodo (Elijah Wood). Gandalf the Grey (Ian McKellen) finds out that the Ring is the Ring of Power, and that Sauron’s forces are trying to get it back. Frodo must take the Ring and leave the Shire. He sets off on this journey with his loyal gardener Samwise Gamgee (Sean Astin). Gandalf goes to consult with his wizard pal Saruman(Christopher Lee) where he learns that Sauron has dispatched the Nazgûl to find Frodo. He also finds out that Saruman is also working for Sauron and Gandalf gets taken prisoner.

Frodo and Sam are trying to make their way to Bree to meet up with Gandalf. They are joined by Merry and Pippen (Dominic Monaghan and Billy Boyd). The four hobbits are being perused by the Nazgûl, but manage to make it to Bree safely. Gandalf isn’t there to meet them, since he’s all captured and stuff, but they meet a ranger named Aragorn (Viggo Mortensen). Aragorn is an ally of Gandalf and he leads the hobbits to the Elven city Rivendell. Along the way the Nazgûl attack Frodo and stab him with a morgul blade. That’s bad. And if Frodo doesn’t get to Rivendell as soon as possible he will turn into a wraith. That’s bad. Luckily Aragorn’s Elf girlfriend Arwen (Liv Tyler) shows up to save Frodo’s life.

Frodo and his companions finally make it Rivendell. Gandalf is there and he explains how he escaped Saruman’s clutches. Uncle Bilbo is there too, and they get to have a little hobbit bonding time. Elrond the Elf (Hugo Weaving) puts together a council to determine what to do with the Ring. They decide their only course of action is to destroy the Ring by throwing it into the fires of Mount Doom, right in the heart of Sauron territory. Frodo puts it on himself to take the Ring, He is joined by Gandalf, Sam, Merry, Pippen and Aragorn. And Legolas the Elf, Gimli the Dwarf, and Boromir the guy from Gondor decide that they want to join the Fellowship of the Ring too. Orlando Bloom plays Legolas, John Rhys-Davies plays Gimli, and Sean Bean plays Boromir.

The Fellowship embarks on their journey, but Sauron and Saruman aren’t making it easy for them. They have to worry about spies and orcs and trolls.  Gandalf tries to fight a Balrog and ends up dying a little bit. The Fellowship keeps moving on, but the Ring corrupts Boromir and he goes a little crazy. He attacks Frodo and tries to steal the ring but Frodo escapes. And then the Fellowship gets attacked by the Urik-Hai. Boromir dies, Merry and Pippen get snatched, and the Fellowship is in shambles. Frodo decides that he must take the Ring to Mount Doom by himself. He sneaks away from the group, but Sam tracks him down and Frodo lets him tag along. It’s always better to bring a friend when you have to do something alone.

The movie does the book justice, but the book is better. The film leaves out a lot of characters (no Tom Bombadil?!?) and events. Everything gets condensed and simplified. There are a lot of differences between the book and movie, but this is more faithful to the source material than the second and third installments.

This is a great start to a great trilogy. A lot of stuff might be missing, but Peter Jackson takes you to Middle-earth. What he does show you is amazing. Tolkien’s world comes to life and it feels real. There is a sense of history, it makes the unbelievable believable.