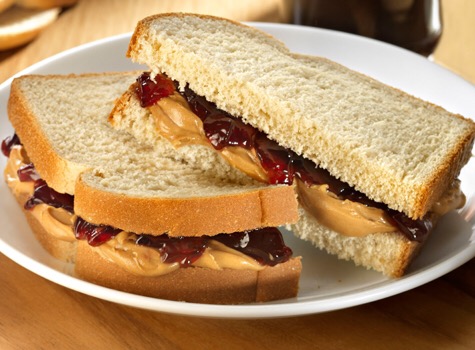 Don’t tell Harry Potter this, but American Gods is my favorite book. This is the book that I suggest when people ask me what book they should read. Neil Gaiman is an English author who writes about America better than anyone else. In American Gods he takes you all over America and captures the magic and mysticism of the US. It’s almost impossible to describe what the story is about without telling you the whole damn story. Imagine a road trip/mystery novel involving fighting gods and a quiet protagonist with a thing for coin tricks and that’s American Gods. It’s quite an experience.

There’s this big guy named Shadow who gets out of prison and his life is in shambles. He has no job, his wife is dead, and he has nowhere to go. A mysterious stranger (it’s always a mysterious stranger) offers Shadow a job. And Shadow accepts and finds himself in the middle of a war between gods. There are old gods from Norse and Egyptian and Christian beliefs and there are new gods, gods of TV, technology, and drugs. Gods exist because people believe in them, they get their power from sacrifices made in their honor, whether you sacrifice your time, money, perform a ritual, whatever. Shadow and his boss go all around the US, from small towns to big cities and all the sacred places in between. He even has sex with a cat lady at one point, if you like that kind of thing.

If that sounds interesting at all then should definitely read this book. And if you want to read it, then you might as well go ahead and buy it because you’re going to reread it. This is a really good book and you deserve good things in your life.

The fourth day of the seventh month of the year is just another day for most of the world. For Americans, the fourth day of July is Independence Day, the annual birthday of freedom. And we celebrate with hot dogs, beer, and fireworks. For most Americans, it’s just an excuse to barbeque and hang out in backyards. The best way to celebrate America’s birthday is to blow things up. Every Fourth of July, thousands of cities across the nation try to destroy the sky with an aerial bombardment of bright colors and misshapen smiley faces.

The Fourth of July is a holiday because Americans are stupid. Before the Declaration of Independence there was this thing called the resolution of independence or the Lee Resolution. On June 7, 1776, a Virginian named Richard Lee proposed that colonies should break away from the English. On June 11, 1776, A Committee of Five (Roger Sherman, Robert Livingston, John Adams, Thomas Jefferson, and Benjamin Franklin) got together to prepare a document detailing why they wanted independence. Only July 2, 1776 we officially declared our independence. On July 4, 1776, Congress approved the wording of the Declaration of Independence. August 2, 1776 is when most people signed the document and the last guy signed it on November 4, 1776.

That’s kind of a watered down version of what happened, but of all those dates, July 4th seems the least likely option to become our Independence Day. John Adams thought that July 2nd would be the day we celebrated our freedom. All he did was help write the Declaration and become our first president after George Washington… what the fuck does he know about American patriotism?

So the Fourth of July is not when we declared our independence, it’s when we finished writing a note to Mom and Dad a letter saying that we were moving out. But then we didn’t sign it until a month later. Most of the world ignores the Fourth of July, and maybe we should too. Because July 2nd seems like a much more logical choice. So does August 2nd. So does June 7th or 11th. Whatever.

The spirit of this holiday is perhaps best captured by Bill Pullman in his greatest performance yet.

The Fourth of July is our Independence Day. I just don’t know why. But I’m a sheep and will go along with it like everyone else. Happy Birthday, America! Now where’s the booze?