A New Strain of Marijuana?

High Times recently published an article about a new strain of cannabis discovered in Australia’s Blue Mountains. Most stoners could talk your ear off about the benefits of sativa, indica, or ruderalis (which has a lesser THC content so it’s less popular), but a new strain raises a lot of questions. Questions like what does it smoke like? and where can I get it?… Researchers have merely confirmed that it is indeed a new strain but they don’t have any seeds, only the sample of a single plant. Without any seeds we can’t cultivate anything. It’s up to 420-friendly hikers in the Australian Blue Mountains to find a seed and bring it back for the benefit of mankind. So get on it if you’re down under. You gave the world Crocodile Dundee and Steve Irwin, but you haven’t done much for us lately. A new strain of marijuana would make for a great comeback.http://www.hightimes.com/read/new-strain-cannabis-discovered 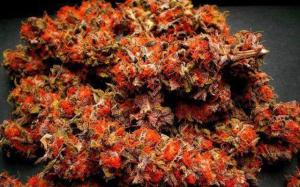