There have been television crossovers for as long as there’s been television programming. Characters from one show will appear on another show, indicating that they take place in the same universe. The Flintstones met the Jetsons, the Simpsons met the Griffins, the Critic, and the Futurama gang. All the TGIF shows were interlinked. But sometimes TV shows are connected by less obvious characters, chief amongst them is Detective John Munch (played by Richard Belzer). Detective Munch first appeared on NBC’s Homicide: Life on the Street. When that show ended, Munch become a regular on Law & Order: Special Victims Unit. But the character has popped up on a couple of other shows on a few different networks. He made a brief appearance in HBO’s The Wire, and he also was in an episode of Arrested Development and in The X-Files (both on FOX).

Don’t you see what all that means? The gritty world of The Wire, Homicide, and all the Law & Order shows also take place in the zany world of Arrested Development and the supernatural world of The X-Files. Detective John Munch is in all those shows, and that means they are in the same universe. You can go further into it and realize this universe includes all the crossovers with other TV shows associated with Law & Order, Arrested Development, The X-Files, and The Wire. There’s a really good article about this Grand Unification Theory written by Dwayne McDuffie. You should check it out if you still feel like reading even more about this topic than you already have. I’ve included the link for your convenience here: 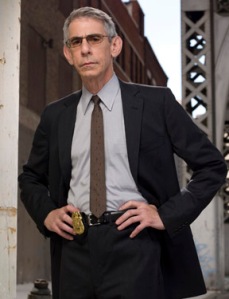