Tip Before You Eat

I think it’s time that we sit together as a society and rethink our tipping procedure. There are a lot of douchebags that take advantage of the current tipping procedure. They will complain about drinks and food in an attempt to get free things. They will change their order ten minutes after the server rang it in. They will rack up a three hundred dollar bill and stiff the server on the tip. The server shouldn’t have to deal with that. I think that we should tip before we eat. It makes perfect sense. Your server/bartender should know if you’re a cheap asshole before they go out of their way to help you. If you tip well, then you would get better service. If you don’t tip well, then you get the service that you deserve. You get what you pay for in a perfect world. I don’t care how nice a table is, they don’t deserve good service if they don’t tip well. I don’t care how miserable a table is, they don’t deserve bad service if they tip well. The problem is that servers don’t know who is cheap and who is a decent human being until the table settles the bill or runs away. You should tip before you eat and get the service that you deserve. If you pledge 18% to your server beforehand, he/she will be more willing to help you out. And if food comes out wrong or your server fucks up, the bill will be discounted, but the server would still make 18%. Everyone wins. 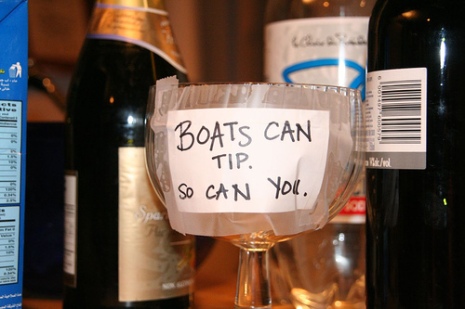 14 responses to “Tip Before You Eat”