I’m sure we’ve all seen the video of Amy Cooper by now. She’s the latest Karen to be caught on camera using her white privilege to harass a minority. She is the ultimate Karen, the worst one of the bunch by far. BBQ Becky tried to break up a barbecue. Permit Patty tried to stop a little girl from selling bottled water. Pool Protocol Paula broke up a pool party. But Amy Cooper (we should all use her real name to shame her) got caught using the police as a weapon on a black man.

All Christian Cooper did was tell her to put a leash on her dog in an area of the park where dogs are required to be on leashes. I have a dog, I let it run off leash sometimes and if someone tells me to put the leash on, I put the leash on because I know I’m in the wrong. But Amy Cooper decided to escalate the situation by calling the cops on him. She warned him that she was going to be a racist cunt, and then she proceeded to be a racist cunt. She called the cops on him, made sure they knew that a black man was threatening a white woman, all while choking her dog. It’s actually impressive to witness Amy Cooper destroy her whole life in a minute.

I’m glad the Internet tracked her down. I’m happy she got fired. I’m elated that she had give up her dog. She says she made a mistake, that she’s not racist, that her life’s been destroyed. That wasn’t a mistake. You can see her formulate a plan and act on it. And it backfired spectacularly. Amy Cooper, Queen of Karens, is a racist cunt and deserves no pity, no forgiveness. Fuck racists.

San Francisco has been sheltering at home for over a month and it’s starting to wear on people. I take my dog for a walk to the beach or the park every day and I’ve noticed that some people are starting to get agitated and possessive of their personal space. At least three times last week I’ve had someone say something about staying six feet apart or telling me to get back. I call them space enforcers.

They usually a bitter white person in their forties, often seen walking alone (occasionally on bikes), and don’t wear masks despite their paranoia. They are the Karens of Coronavirus. Not all space enforcers are Karens, but all Karens are space enforcers.

Just yesterday I was on the beach and a space enforcer told me I was walking too close to him. He was more than twelve feet away from me. I pointed at the big blue bandana on my face and said, “I’m way more than six feet away from you and I have a mask on. You’re the rude one contaminating the air. Stay the fuck at home if you’re so paranoid.” It was as eloquent as that but it’s my story so I’ll make myself look better.

Quarantine fatigue is starting to get to everyone. I try to be civil and give people their space. But I will always stand up to space enforcers. They aren’t making this situation any better. 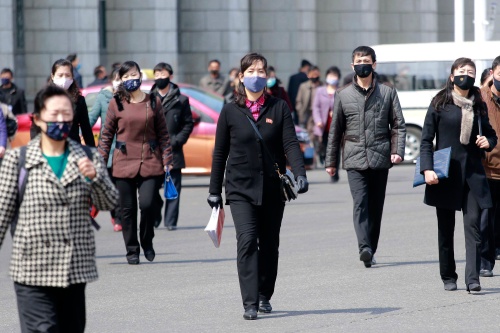 Shameless is a Showtime series that is based on a British show with the same name. It’s about a dysfunctional family trying to survive in the ghetto. William H. Macy stars as the drunken patriarch of the Gallagher family. He spends his days in a stupor and avoiding his kids while mooching off of lonely ladies in the neighborhood. Emmy Rossum plays Fiona, the oldest daughter and the one who runs the house. Season 1 focused primarily on Frank and Fiona, getting to know the rest of the Gallaghers, and introducing a few other people from the neighborhood. Season 2 seems to generally give Lip the big storylines.

Jeremy Allen White plays Phillip “Lip” Gallagher, the oldest son and a reluctant genius. The biggest arc of the season involves his infatuation with his slutty best friend, Karen (Laura Slade Wiggins). She gets engaged and married to a tool even though she’s pregnant with Lip’s baby. Lip tries to get her to break her relationship, he has a major fight with his brother about her, he drops out of school to get a job to support his baby, Fiona kicks him out of the house because he dropped out of school… he just seems to be the driving force in a lot of episodes.

Other Season 2 highlights involve the return of two important women in Frank’s life. His mom Peg (Louise Fletcher) gets released from prison and comes back to make Frank’s life a living hell. And his absentee wife comes home for a while. Chloe Webb plays Monica Gallagher, a bipolar drug addict with a habit of abandoning her family. Her kids resent her, they can’t trust her, and they hate the fact that they can’t help but love her. As terrible as Frank is, she’s a much more destructive influence on the kids. It becomes apparent that Monica is a drug and Frank is addicted. Nothing good can happen when they are together.

Shameless is a great show on a great network. If you like quality entertainment, rich storylines, and well written characters, then you should check it out. You shan’t be disappointed. Plus it has nudity. That’s always nice.