When the Sun Comes Out On a Cloudy Day

I ran out of beer earlier today so I decided to skate down to the corner store to pick up some suds. It was cloudy outside and it was gray and gloomy on my skate to the store. I picked up a six-pack of Lagunitas and the universe must have like my decision because the sun broke out from behind the clouds on the way back. The world was suddenly filled with a warm glow. It was a flash of summer in the middle of winter. The sun’s rays instantly rejuvenated me, I felt like I got Vitamin D injected straight into my veins. You see things in a new light when the sun comes out on a cloudy day. That’s not just a pun, it’s profound. 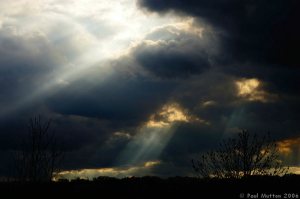 Tagged as clouds, cloudy, gloomy, gray, sun, sunshine, when the sun comes out on a cloudy day