I was waiting for my train at a busy stop, jostling against the other commuters and vying for a position that would best ensure me a seat. The train pulled up slowly, the doors opened, a few people got off, and then the seat scurry began. A seat scurry is a frenzy of angry commuters looking for a spot to sit. You’ll mostly witness it during rush hour, but it could also happen whenever there are too many people waiting at one spot. Everyone feels like they are the ones who are most entitled to a seat and they will shove other people out of the way to get one. It doesn’t matter if you’re pregnant, disabled, or old. If you can’t get to a seat, you aren’t getting one unless somebody takes pity on you. And people are assholes so nobody will take pity on you. Common courtesy is long gone. Chivalry is dead. Manners are extinct. Nowhere is that more apparent than during a seat scurry. 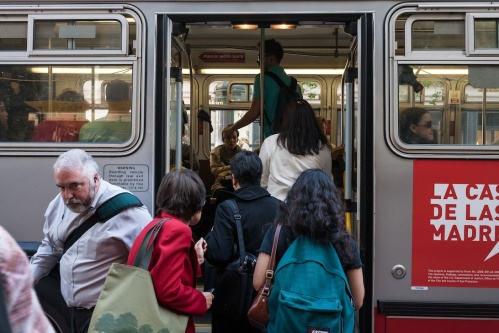