It’s summertime again and that means that my workplace has been flooded with dozens of Europeans with J1 Visas. They stay in the U.S. for a couple of months, work hard and party harder, and then go back home to their various countries. They all speak English as a second or third language, but most of them have different dialects and delicious accents. They speak Russian, Gaelic, Croatian, Slovak, you name it. They are awesome to hang out with, so of course I hang out with them. And I’ve become an unofficial translator.

I can’t speak Russian, Gaelic, Croatian, or Slovak. I speak J1. It’s like English but a lot slower and it involves a lot of hand gestures. You have to be able to explain things in a relatable way. One of my J1s went to get a tattoo and had to fill out paperwork. Initial here, here, and here, signature here. I had to tell her what her initials were and what to write. I went shopping with another J1 friend and the salesman made a pitch that he didn’t understand. He asked the salesman to repeat himself to me so I could decipher the message and relay it back to him.

I’m not saying that Europeans suck at English. I’m saying that Americans suck at English. They use fancy and proper words. They say advocate instead of lawyer. They spell color like colour. They add the U. Fancy. Proper. Americans have dumbed down the English language, so that even when Europeans say something right most Americans can’t understand what they are saying. That’s where I come in. I can turn casual speech into proper speech and vice versa so that a more cultured society can understand our primitive selves. It’s enough to warrant myself as an unofficial translator. I’ll take it. 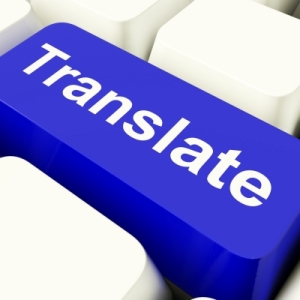