I got a new used car. It’s a 2000 Honda Civic. It was a family car, the same car I drove in high school. I learned how to drive stick on that car. So did a lot of my friends too. That car got around like Paris Hilton at a frat party. My little sister ended up with the car after everyone went to college and moved away from home. It was stolen in front of her house, she got a new car, and then they found her Civic. She didn’t need two cars so she offered it to me. I accepted, because I learned a long time ago that you don’t turn down free food or free vehicles. So now I have the same car that I practically lived in twelve years ago. It’s like driving a memory. Hell, it is driving a memory. I had so many adventures in that car. It’s crazy to think that I get to create more now. I can’t wait. 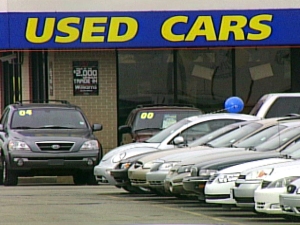 2 responses to “A New Used Car”