My New Year’s Eve wasn’t exactly perfect, but it was one of the most memorable midnights I’ve ever had. I started the evening by trying to decide where to go. A few friends were going to an event that cost about $200 for a ticket. That was more than I was willing to spend. A few other friends decided to go barhopping, but I didn’t feel like paying a $20 cover and having to battle the amateurs to get the bartender’s attention. I ended up going to the dive bar near my work. It was close to the fireworks and I knew that a lot of my friends from work would end up there eventually. Unfortunately, nobody got cut in time, so I decided to go to my super secret hideout at the top of a nearby hill. 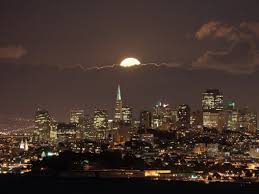 My super secret hideout is an overlooked viewpoint at the top of a hill near Pier 39. You have a view of the Golden Gate Bridge, the Richmond-San Rafael Bridge, and the Bay Bridge, and you can see for miles and miles if there’s no fog. And this was a clear night, perfect conditions for watching the fireworks. The only downside to my hideout is that you have to hop a gate and hike up a long flight of stairs. I jumped over the gate and started the long climb up. I was almost to the top when I noticed three guys smoking a blunt. They were probably in their late teens or early twenties. I nodded to them and kept on climbing. I got to the top and there was a young couple sitting on a bench. There are only two benches at the peak, so I took over the other one, put down my bag and pulled out a joint. I sparked it, took a few puffs, and offered it to the couple. They politely turned it down, but we started making small talk about how smart we were to come up to this amazing spot. The fireworks were about to start so the three younger guys came up and joined us. I passed them my joint, they passed me their blunt, and couple kept track of the time.

As midnight approached we could hear the thousands of people at Pier 39 counting down in unison. You could feel the energy in the air, an electricity as 2014 was closing in. Three! Two! One! Happy New Year! And then we heard the whistle of a firework rising into the air, we saw a flash of read, we heard the boom as it exploded, and we realized that we couldn’t see the fireworks. Not at all. They were behind a gigantic mansion perched on a slightly higher hill. We could hear the booms and cheers of adulation, but we couldn’t see anything.

And we didn’t care. We just laughed and popped open a bottle of champagne that the young couple provided. We smoked a little more weed, took a few swigs from the bottle, and wished each other a Happy New Year. Then we climbed down the stairs and went our separate ways. I never asked for their names, they never asked for mine. I’ll never see them again, I wouldn’t even recognize them if I do. But I’ll never forget them. Celebrating with strangers wasn’t my ideal midnight, but it was pretty awesome. I learned that it doesn’t matter where you are as long as you’re with good people. Plus I had a good story for my friends when they finally showed up at the bar.