Baseball is an easy game to comprehend, but it takes a lifetime to master. People who have never seen baseball in person know that three strikes and you’re out at the old ball game. There is beauty in its simplicity. You can be a casual viewer and just be aware of the situation and what’s at stake. And you can also be a diehard fanatic and follow every single pitch, every play. How can such a simple game get so complex?

Baseball is all scenarios and statistics. It’s all about who is pitching and who is at the plate and who is on base and how many outs there are. Every single detail is accounted for and every single player is rated. This gives baseball a continuous feel. You know that Ty Cobb could play today. You know that Ichiro Suzuki could play back then. When you cheer for a team you can celebrate the accomplishments of the current roster and you also honor the past. I am a Giants fan, born in 1985. I never saw Willie Mays play, but I am proud that he was on my team. I can claim him as my own. You can’t do that with basketball, or football, or soccer. A baseball team has a legacy, a history, and if you are a fan of a team you celebrate the past, the future, the present. 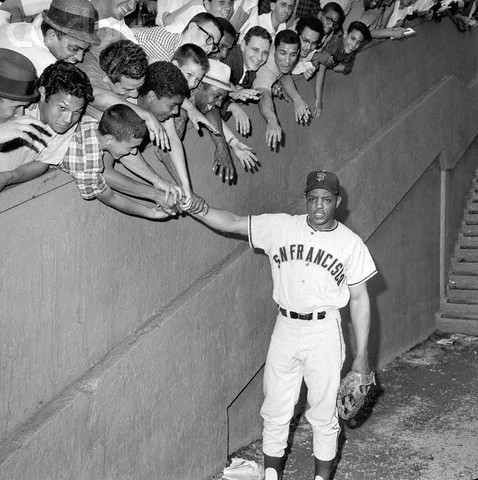 Football has lost its way. You used to cheer for a team. Now everyone plays Fantasy Football and you cheer for individual players. You hope the Saints will lose but that Brees has a good game. That’s not what competition is. It’s about having pride for the team that represents you. It’s about each player having their moment to shine, but it’s the team that gets the win, not the individual.

The Chicago Cubs haven’t won a World Series since 1908. And they still have some of the most loyal fans in professional sports. You love your team, win or lose. And if they lose and you still root for them, each victory means more. That MLB: The Show commercial where the Cubs win the Series tugs at the heartstrings of every fan that knows what it’s like to lose. With the start of each new season, you hope that this is the year.

Like I said, I’m a Giants fan. I was brought up being a Giants fan. I heard stories of Willie Mays and Willie McCovey and Juan Marichal from my grandma. I grew up watching Barry Bonds (steroids or not, he was still the best player of that era). I experienced the joy of making it to the World Series and felt the despair of losing in spectacular fashion in 2002. And somehow we made it back and won in 2010. I went to the parade to celebrate. I felt that I helped contribute to the win just by watching and believing and hoping. My aunt thanked me for going to the parade and representing our family. It meant something to them that I was even there participating. I thought about all the Giants games that my grandma watched and how she never got to experience the thrill of a championship in her city. The game is more than a game; it’s a link between generations. A win for the Giants is a win for all the Giants fans across the ages.

Baseball has no time limit. It can go on forever, and sometimes it seems like it does. And it’s never over until you make the final out. Take the 2011 World Series for example. The Texas Rangers were a strike away from winning it all. And the Cardinals came back to tie it. And then the Rangers were a strike away from winning it all again. I remember commenting to my friend, “How many times are the Rangers going to have to win this game?”… And then the Cardinals came back again and won the game. And won again the next night. And they won the series even though logic and common sense said they should have lost.

The defense has the ball. That is different from most other sports. It adds drama, it adds tension. It’s a game of skill. The best players only hit the ball slightly more than three out of ten times. If you fail 70% of the time you are still considered good.

Baseball is a marathon not a sprint. The regular season lasts 162 games over 6 months. More games mean less tension. Each game is still important, but it’s not a matter of life or death. So you’ll see less fighting on the field and in the stands. You’ll still see rivalries and trash talking and the occasional fights, but you don’t see riots and brawls like with soccer. This helps to make it more of a family game. You go with your parents and grandparents when you’re young, and you go with your kids and grandkids when you’re old. And you talk about who’s on first, and what’s on second, and you laugh and joke and sing Take Me Out to the Ball Game.

Baseball is a great game. It is casual and complex and fun and frustrating. Sometimes it is all you have to talk about, all you have to live for. It’s more than a game. It’s a way of life. At least for 6 months out of the year.