I respect anybody who is capable of playing an instrument. I wish I could. I just don’t have the chops for it. I’ve played a few random instruments. In fourth grade we were forced to play the recorder (those plastic flute things), in sixth grade it was hand bells, and I took a drum class for a semester in eighth grade. Those experiences made me realize that I have no musical ability. None. At all. I have no sense of rhythm. I go off tempo even when I’m counting out the beat. But I’ve come to terms with it and I’m ok with it. Now I realize that most people can’t play an instrument and that’s a good thing. If everyone played music, everyone would be on stage and there would be nobody in the audience. Musicians need musically inept people like me to make a living. 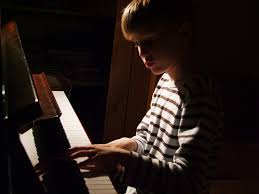