I woke up this morning to news of a balcony collapse in Berkeley, California. A bunch of Irish students were celebrating a twenty-first birthday when the 4th floor balcony collapsed and pancaked into the balcony below. Six died, seven more were hospitalized, and two are in critical condition. One minute they were partying and celebrating life, and then everything changed in an instant. It’s not fair. You try to make sense out of it. You can’t.

Every summer, thousands of Irish students come to the work in the US with J1 visas. I work in a San Francisco restaurant that employs a handful of them each year. I’ve met a lot of Irish people over the years. They are great people. They work hard and they play hard. They are close-knit group, and treat each other like family. Ireland is small so they tend to stick together, but they aren’t exclusive. Anybody who wants to party with an Irish J1 is more than welcome to (and they know how to party). That’s why it sucks so much when something like this happens. They don’t deserve it. Nobody does, but especially not them.

This is a tragedy. It’s a punch to the stomach. All you can do is try to gather up the pieces and move on, but you can never fully recover from something like this. My thoughts and condolences go out to the family and friends to all those affected by this unfortunate accident. It’s a reminder that life can change in an instant. Never take anything for granted because tomorrow is not guaranteed. 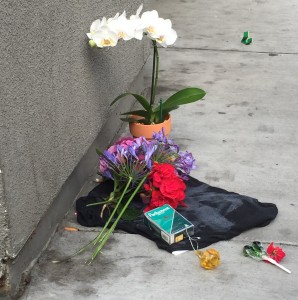