I went to Anchorage, Alaska for three weeks on a work trip. I only had three days off the entire trip, so I only caught a glimpse of what Alaska has to offer and it offers a lot. It’s the last frontier. It really is. Nature is abundant and guns are everywhere. First impressions were mostly holy shit, I’m in Alaska as I stepped off the plane at 1:48 a.m. The air was fresh and clean. I saw majestic mountains with snowcaps and trees. Keep in mind that it was after midnight and it should be dark and you’re not supposed to be seeing majestic mountains with snowcaps and trees. I had a shuttle take me to the hotel and I couldn’t help but chuckle as we went through the city. It wasn’t much of a city, it was a town trying to do its best impression of a city.

There are a lot of restaurants in Anchorage, a lot more than you might expect. You can find everything you would in a typical US city. Lots of pizza and burgers, Italian, Chinese, Japanese, Thai, even a few Mexican places. They have McDonald’s, Arby’s, Wendy’s, Subway, and Taco Bell. Reindeer Sausage stands are the most abundant and a good value for your food. There is a lot of seafood as you would assume, but the prices are just as high as they are back in the lower 48. It’s still fifty bucks for a pound of King Crab. They have lots of bars that serve good food and restaurants that serve good beer.

I was mostly in downtown Anchorage and we hung out at Flattop Pizza + Pool and Humpy’s Great Alaskan Alehouse. Both are owned by the same guy and are in the same building. They even share the same bathroom, so you could go into Flattop and grab a pint and play some pool, then walk to the bathroom and take a piss, then keep on walking into Humpy’s which has a different vibe and a different menu. It could really confuse you if you were white girl wasted.

There are a lot of great Alaskan breweries and distilleries. They take drinking seriously up here. They card everybody and have strict drinking laws, but it seems like getting wasted is the national pastime. I tried at least five different breweries, each of them with a few delicious beers. Alaskan, Denali, King Street, Midnight Sun, and Kassik’s all deserve to be more recognized nationally. One of the highlights of my drinking excursions was consuming a Bloody Mary with salmon vodka made from glaciers and garnished with a reindeer sausage.

Anyone who ever tells you that there aren’t any girls in Alaska is wrong. There are a lot of girls, but they are already married with kids. Several kids. The dating pool is weird up here because the guys outnumber the women 3:1. As soon as they get a girl they marry her and pop out a kid. Then they pop out another one. There are single girls here too. They are just really crazy. It’s awesome.

As far as nature goes, it doesn’t take long to see something amazing. Just rent a bike or go for a hike along the Tony Knowles Coastal Trail. It’s paved so you’ll see people in wheelchairs and people on skateboards, inline skates, and even roller skis zipping past you as you stop every few minutes to take pictures of flowers and trees. I went on a bike ride and saw a moose, a ptarmigan with her ptarmigan chicks, and a moose with antlers. Then my friends went on the trail and saw a bear with three cubs. So I went back to hike the trail on quest to see a bear. I gave up when a teenaged moose started stalking me and following me on the trail. I turned to go back and found my path blocked again by a mama moose and her baby moose. I was by myself so I had to wait for some other people to get past them. Safety in numbers, right? I never saw a bear, but that just gives me more incentive to come back.

I went on 26 glacier tour, where you take a cruise and check out a bunch of glaciers. That was an amazing trip. We saw otters and seals and my friend says she saw a beluga but I doubt it. We saw epic landscapes that would make Lord of the Rings landscapes jealous. I took pictures of them, but no panoramic photo app will ever do them justice. Glaciers are spectacular to behold in person. But there is a sadness to them because they are disappearing so fast. Every old-timer and local that I spoke to becomes emotional when they remember how majestic they were five, ten, twenty years ago… and how some of them are already gone. They remember playing on these things as children and now they’ve disappeared. We are destroying the planet and you see the effects of global warming firsthand.

The Summer Solstice happened the second day that I was there, so I got to experience the peak of an Alaskan Summer. No amount of description can prepare you for what living in perpetual daylight is like. The sun doesn’t ever go down, it just turns into dusk for a few brief hours. You can still see things clearly, it’s just a little dimmer than usual. You don’t see any stars or satellites. It’s eerie. And it starts to get to you. I would leave work after a 14-hour shift and the sun would shining brightly. It instantly energizes you. But then you try to go to sleep and you can’t because it’s still light outside. You can even see the sunlight peeking through the cracks in the curtain. There’s no escape. You just toss and turn, drifting in and out of sleep before the alarm sounds in the morning and you have to go to work. We were all sleep deprived a few days in. I never got used to it, but I knew that I wouldn’t have to because I was going home after a few weeks. I would like to come back for the winter solstice and experience the other extreme.

Alaska should be on your bucket list. Check it out as soon as you can. The world is changing and the glaciers are melting. The clock is ticking. See the last frontier before it is too late. You won’t regret it. I only regret not doing more while I was there. 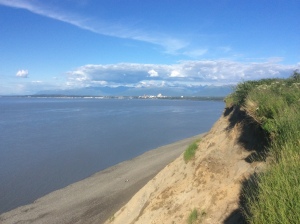 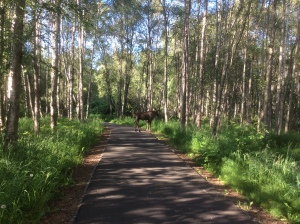 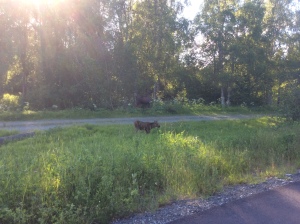 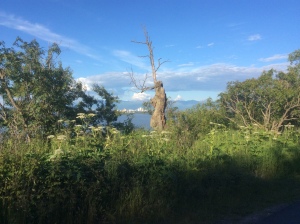 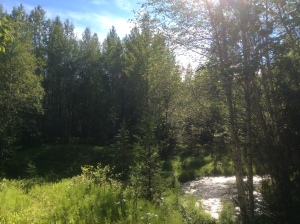 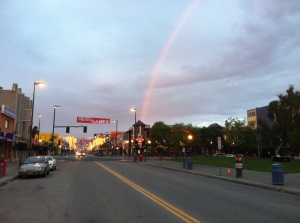 Summer solstice is the first day of summer. It’s also the longest day of the year. I was lucky enough to celebrate summer solstice in Anchorage, Alaska for 2014 and the sun refused to go down. It just became something like twilight for a few hours. It never got dark. I never saw stars. Summer solstice is a holiday in Anchorage. The whole city comes out to celebrate with music, dancers, art, food, and festivities. They got the Spin Doctors to come out and play their two-and-a-half hits and a bunch of filler material in a free concert. And in case you were wondering, yes, there were a lot of hippies and awkward dancers struggling to move to the beat. I’m writing this article right around midnight and it’s still light outside. That sounds awesome until you realize that your body clock is warped and you can’t fall asleep for the life of you. That’s what’s when awe turns into insomnia.
Critically Rated at 15/17
Written, Rated, and Reviewed by Brendan H. Young 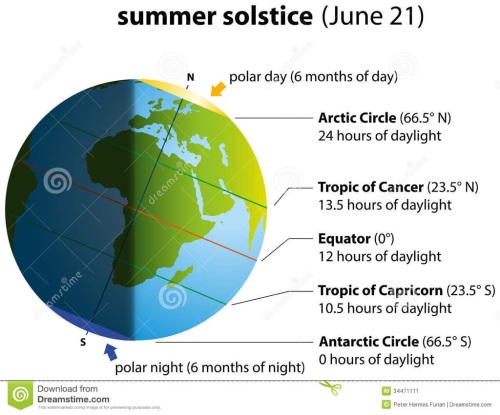