So I recently decided to cut back on drinking. I bought a few six packs of non-alcoholic beer to help ease into the transition. The only problem is that I’m used to drinking IPAs and most non-alcoholic beers taste like bland lagers. That’s why I was pretty happy to discover Clausthaler Dry Hopped. It’s a non-alcoholic malt beverage with less than .5% abv, and it’s imported from Germany so it’s classy. They dry hop the beer with Cascade hops (meaning they add the hops to the beer after it’s been brewed and cooled, which gives it a hoppy flavor). The end result is a non-alcoholic beer that tastes pretty close to a craft beer. It’s hoppy with a little citrus and a malty caramel finish. It won’t fool an experienced beer drinker, but most casual drinkers would think it’s the real deal. It’s easily the best non-alcoholic beer I’ve ever had. Not sure how much that’s worth, but that’s my opinion and I’m sticking to it. 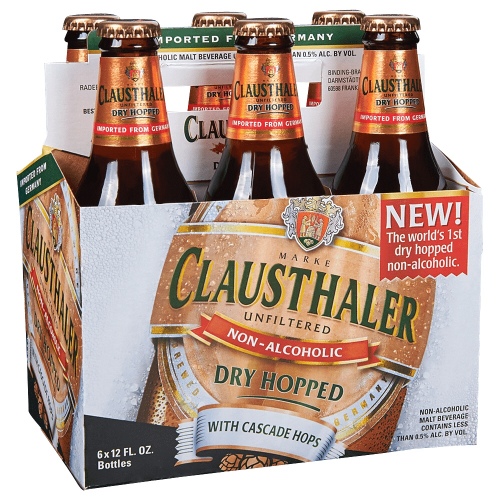