In this era of Hollywood there is an abundance of sequels, prequels, remakes, and reboots and most of them suck. But every now and then a seemingly unnecessary reboot comes out and steals the thunder from the original. Mad Max: Fury Road comes to mind. It is one of those films as well. Most people grew up with the beloved 1990 miniseries starring Tim Curry as Pennywise the Dancing Clown. It was scary, but lots of things are scary when you’re five years old. The miniseries was tame. They didn’t have the budget to do anything spectacular. It was made for TV so they had to censor things and leave stuff out. The movie has an R rating and they run with it.

Tim Curry’s portrayal of Pennywise was iconic. Bill Skarsgård had some big shoes to fill. He filled them, and then had to get bigger shoes because his feet were too big to fit them. He Heath Ledgered it. Skarsgård’s portrayal is terrifying and mesmerizing. He’s unpredictable and makes you feel uneasy. The only way to keep your sanity is by reminding yourself that it’s only a movie.

The movie stars a bunch of kids. Movies that rely on child actors are hit or miss. It only takes one shitty actor to ruin the whole film. The entire cast is solid. Jaeden Lieberher does a great job as Bill Denbrough, the main character. If he sucked the movie would suck. All the kids in the Losers Club are good. Finn Wolfhard, aka the kid from Stranger Things, adds another classic child horror story to his resume. Jeremy Ray Taylor plays Ben, the fat new kid. He’s actually overweight, not the usual version of Hollywood’s stereotypical fat kid. He adds to the realism. Jackson Robert Scott plays Georgie, the film’s first depicted victim of Pennywise. He’s the youngest actor and has some of the creepiest lines.

Director Andy Muschietti has created a blockbuster. It is already the highest grossing horror film of all time. It is also the highest grossing film to be released in September. That’s pretty impressive. It deserves all the hype it is getting. Right after I saw it, I went home and watched the opening scene from the miniseries and from the movie on YouTube to compare them. Watch it now, see for yourself. It’s night and day. It made me realize how cheesy the miniseries actually is.

In conclusion, go see It. 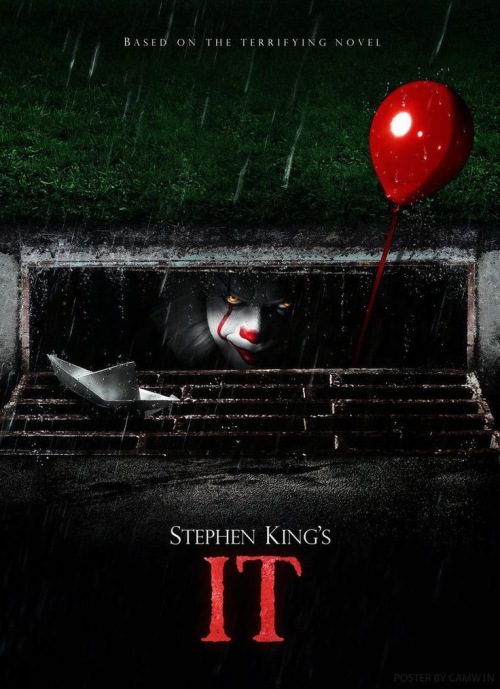