If you’ve ever crashed on a couch before, I’m sure you’re aware of how much the couch slant can affect your sleep. Some couches aren’t at an even ninety degree angle, there’s usually a slight tilt. You don’t really notice it when you’re sitting but it becomes obvious when you’re lying down. It’s one of the perils of sleeping on the couch. When I was younger I was worried about passing out on the couch and my friends drawing penises with a Sharpie on my face. Now I’m older and I worry about the couch slant fucking up my back. This is one of things that they never warned you about growing up. 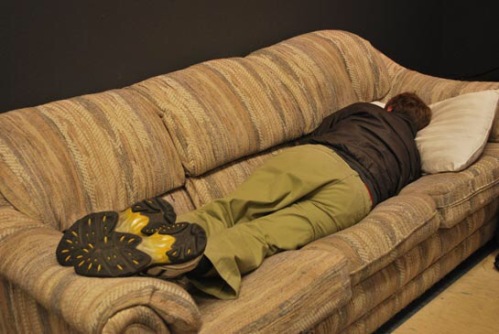