A grand slam is one of the most exciting plays in baseball. It’s a home run when the bases are loaded. One crack of the bat gets you four runs. You can come from behind and get the lead with a single swing. It’s awesome to watch on TV, but there’s nothing like being at the ballpark and seeing one firsthand. Don’t take it for granted. You should feel lucky to witness one because you are lucky to witness one. It’s an instant memory and one you’re not likely to forget. A grand slam is always enough to get the stadium going, but a grand slam hit by a pitcher is the cream of the crop. It doesn’t get better than that. Especially if it’s an AL pitcher because they never get at bats.  If you don’t appreciate a grand slam, you don’t appreciate baseball. You should probably give your season tickets to somebody who does. 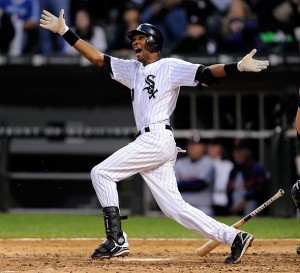