Hoppy Daze is a Belgian Style India Pale Ale from California’s Coronado Brewing Company. It pours a golden amber color with a large white head. It has a predominantly hoppy scent with aromas of cloves, Belgian yeast, citrus, and light malt. I like how it tastes. I get a lot of herbal and citrus hops, honey, spice, coriander, bready malt, pine, and pepper. It’s a satisfying Belgian IPA and a good craft brew, but I wouldn’t call it a great beer. If I ever write a list of my top hundred beers, Hoppy Daze wouldn’t be on it. It would make the top two hundred though. I drink way too much beer. 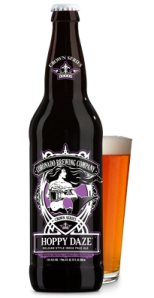