The Walking Dead is an AMC television series about a group of survivors trying to make their way through the zombie apocalypse. It’s based on a comic written by Robert Kirkland. It was brought to the small screen by Frank Darabont, the same guy who brought Stephen King’s The Shawshank Redemption and The Green Mile to the big screen, so you know he can make a successful adaptation. Darabont was the showrunner for the first season before he was replaced, but you can’t deny the impact he had in creating a cultural phenomenon. This is a show about zombies, but they never call them zombies. They refer to them as “walkers” primarily, but they have a few different names for them. It’s also a character study. How do you keep your humanity and sanity when the undead can kill you at any moment? What happens to society when everything has fallen apart?
The first season is only six episodes, but it sets up characters and story lines that are still around. The show focuses on Sheriff’s Deputy Frank Grimes (played by Andrew Lincoln) waking up from a coma to find that the world has changed. The world has been taken over by the undead and Frank must venture out in search of his wife and son. He meets a few other survivors and has to learn the ways of the new world or die in the process.
The show shares many similarities with the comics (as you would expect), but it’s entirely different in other ways. There are characters and situations in the show that aren’t in the comics, and sometimes a situation will involve different characters. The end result is that a comic reader has a better sense of what might happen or should happen, but they can’t be sure because anything could change at anytime.
The first season is kind of slow, but that’s to be expected because it’s setting up everything and you can’t rush good exposition. You get to meet some of your favorite characters like Glenn (played by Steven Yeun) and Daryl (played by Norman Reedus), as well as characters you despise like Lori (played by Sarah Wayne Callies). Lori might be the most hated character in all of television. She fucking sucks. She’s useless and annoying and bitchy and I hate her so much. You should hate her too.
You either love The Walking Dead or you hate it. There is no in between. But I don’t trust you if you don’t like it. There’s something suspicious about you. How can you hate something so great? It’s not a perfect show, but it’s one of the best things on TV right now. It’s a staple of Sunday night television and you’re missing out if you’re not watching it.
Critically Rated at 15/17
Written, Rated, and Reviewed by Brendan H. Young 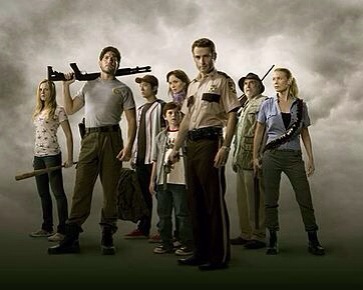