Robin Williams passed away on August 11, 2014 and so did a piece of my childhood. Hook was my favorite movie when I was a kid. I know every single moment and can recite it line for line. I literally grew up watching Robin Williams. I remember seeing Mrs. Doubtfire, Aladdin, Jumanji, and What Dreams May Come in theaters. I even taped that episode of Whose Line Is It Anyway? that he appeared on. And now he’s gone and I can’t believe it. His death is significant. It has meaning. You’ll always remember where you where and what you were doing when you found out that Robin Williams died. It’s sad because he made you happy. He was born to entertain but he couldn’t deal with his depression. Someone who brings that much joy to the world shouldn’t be suffering.

Williams was wild and crazy, but still seemed warm and inviting. He crafted a unique persona that made you feel like you know him. And that’s why his death feels like a friend died. He made an impact on your life whether you want to acknowledge it or not. He was a controversial comedian and not the best of role models, but you can’t deny that he was a celebrity among celebrities and accomplished what most of us can only dream of. He won’t be forgotten. More importantly, he deserves to be remembered. 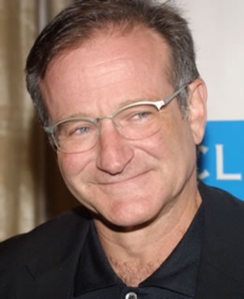