California Governor Jerry Brown has recently declared the state to be facing the worst drought since record keeping began over a hundred years ago. There’s been practically no rain and that’s not so bueño, especially since we are an agricultural state. We can’t control the weather, but we can control our water usage and right now conservation is key. There are a lot of ways that you can keep water wastage to a minimum. For starters, I’ve quit drinking water. It’s beer and soda only from here on out. I’ve also started practicing the old policy of “if it’s yellow let it mellow; if it’s brown flush it down.”  I’ve also stopped washing my hands, and I use deodorant instead of taking a shower. It’s amazing how much body odor a stick of Old Spice can suppress. I use Febreeze instead doing laundry. I’ve thrown away all the houseplants and I left the front door open so the cat can find its own water source. There are a lot of tips and tricks to help keep water usage down to a minimum. I’m doing my part. What the hell are you doing to help? 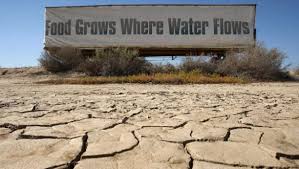